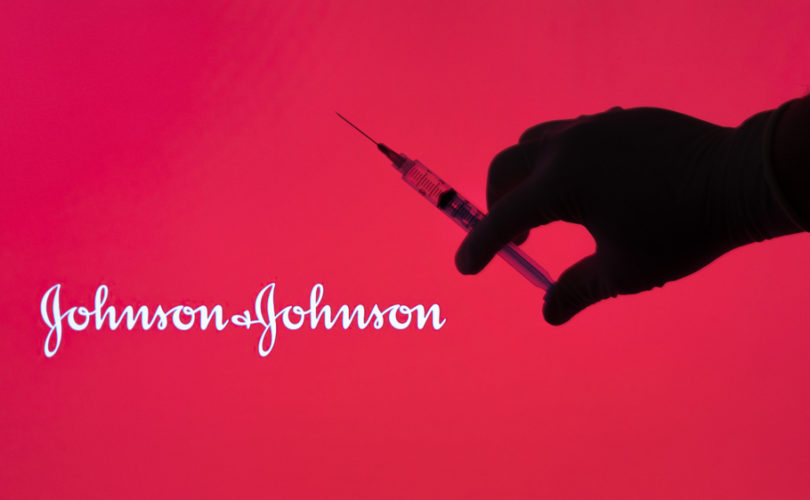 July 13, 2021 (LifeSiteNews) – The Food and Drug Administration (FDA) announced on Monday that it has added a label to Johnson & Johnson’s COVID-19 vaccine that warns of a risk of Guillain-Barré syndrome (GBS), a rare neurological disorder that can cause paralysis.

The new warning comes in response to 100 preliminary reports of GBS after vaccination with the shot that have been tracked by the Vaccine Adverse Event Reporting System (VAERS), the Epoch Times said. VAERS, a vaccine injury tracking system managed by the FDA and the Centers for Disease Control and Prevention (CDC) is known to underreport cases.

Of the Guillain-Barré reports submitted to VAERS, 95 were serious and required hospitalization, an FDA spokesperson told the Epoch Times. One death has been recorded so far: that of a 57-year-old Delaware man who had had a heart attack and a stroke in the past four years.

A CDC communications official told Fox News that GBS cases “have largely been reported about two weeks after vaccination and mostly in males, many aged 50 years and older.” Those

vaccinated with the Johnson & Johnson shot are believed to have a three-to-five times greater risk than would typically be observed in the U.S.

The FDA has not yet determined a “causal relationship” between COVID-19 vaccination and Guillain-Barré syndrome, but acknowledged in a statement that “the available evidence suggests an association,” according to Fox News. The Advisory Committee on Immunization Practices (ACIP) of the CDC is slated to review the issue at an upcoming meeting.

The FDA and CDC continue to push experimental COVID-19 vaccines despite a 98-99% survival rate for coronavirus in the U.S.

The patient fact sheet also notes that, in most cases, “symptoms began within 42 days following receipt of the Janssen COVID-19 Vaccine” and have included difficulty walking, inability to control bowel function, and tingling throughout the body, among other things.

“We have been in discussions with the U.S. Food and Drug Administration and other regulators about rare cases of the neurological disorder, Guillain-Barré syndrome, that have been reported following vaccination with the Janssen COVID-19 vaccine,” Johnson & Johnson said in statement on Monday. “The chance of having this occur is very low, and the rate of reported cases exceeds the background rate by a small degree.”

The FDA’s GBS warning follows a similar announcement last week by the European Medicines Agency (EMA) for AstraZeneca’s COVID-19 vaccine. The EMA said that data “neither confirms nor rules out a possible association” between Guillain-Barré syndrome and the vaccine, and told healthcare providers “to be alert to signs and symptom of GBS.” The AstraZeneca and Johnson & Johnson vaccines both rely on adenovirus vector technology.

The FDA and CDC had notably halted use of the Johnson & Johnson shot in April due to a link to blood clot disorders. In June, the FDA also added a label warning of heart inflammation to fact sheets for the mRNA vaccines made by Pfizer-BioNTech and Moderna, after the CDC revealed that more than 1,200 cases of post-vaccination heart inflammation have been reported to U.S. authorities.

According to recent VAERS data, there have been more than 300 reports of Guillain-Barré syndrome potentially linked to Pfizer’s or Moderna’s shot, as of July, though federal agencies

have not introduced GBS labels for the mRNA vaccines, the New York Times said.

Guillain-Barré has previously been associated with other vaccines. In March, the FDA said that “an increased risk of GBS was observed during the 42 days” after vaccination with Shingrix, GlaxoSmithKline’s shingles vaccine.