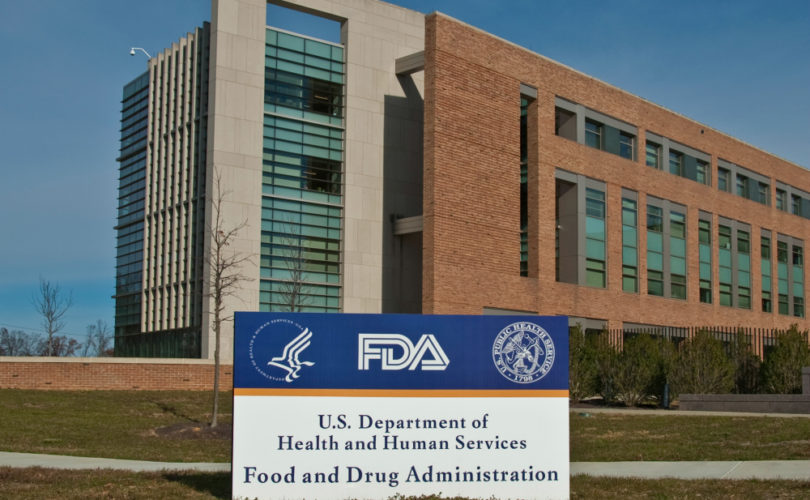 WASHINGTON, D.C., July 10, 2015 (LifeSiteNews) — The Food and Drug Administration (FDA), which in 2002 approved Essure as a “safe” contraceptive for sale in the U.S., has now received so many complaints about the device that a public hearing has been called to reconsider whether the metal device should be allowed to be implanted in American women.

Essure is a metal coil, inserted into a woman’s fallopian tubes, which intentionally irritates the tubes, creating scar tissue which blocks the woman's eggs from being released into her womb for fertilization.  It is marketed as a “permanent birth control” method, designed to induce sterility.

Previously, the FDA website only listed the benefits of Essure.

WXYZ Detroit reported that there have been at least five deaths associated with complications from Essure, as well as more than 4,800 injuries.

The FDA also admitted that it has received 5,093 complaints about Essure — 4,150 in the last year-and-a-half alone.  A Facebook page, “Essure Problems,” has grown to 18,000 members, many of whom say they have been physically harmed by the device.  WPTV's ABC15 Investigators interviewed an Essure user who said she nearly died after an ectopic pregnancy burst in her fallopian tube in 2013.

On another Facebook page, “Ohio E-Sisters,” Essure victims share their stories.  Racheal Jessie, 29, was encouraged by her doctor to have the device implanted.  But she began to bleed constantly, leaving her drained, depressed and exhausted.  She ultimately had to have a hysterectomy to stop the bleeding.

“The FDA needs to take this off the market,” Jessie said. “It's causing too many women problems.”

The FDA also advised doctors that Essure should not be implanted in women who are allergic to contrast media, including Essure's nickel coils, because some women have reported rashes, itching, and hives.

The original manufacturer of Essure, Conceptus, asked the FDA to remove a requirement of testing for nickel sensitivity before implantation.  Despite the National Institutes of Health's statistics that up to 17 percent of women are allergic to nickel, the FDA relented, merely listing a small-print warning on Essure's label.

WPTV's ABC15 Investigators uncovered FDA records that show Conceptus knew more than a decade ago that its patients were being harmed by the $2,300 implanted device.  And, an Essure clinical trial participant complained about misleading information reported to the FDA regarding her experiences in the trial.

Erin Brockovich, the consumer advocate who was portrayed by Julia Roberts in a movie bearing her name, says the device is unsafe.  She launched a website and petition for women to come forward with their own stories.

Brockovich said she was “amazed” at how many women have had serious complications from Essure.  “Stories from debilitating headaches, nausea, allergic response to the nickel the device is made of, hysterectomies, colon perforation due to device moving, to scans that cannot even find where the device has gone, to pregnancy,” Brockovich said, “yet none of the women were told of the serious side effects.”

“There's something wrong with the device,” Brockovich told ABC News. “Women's organs are being perforated…It's ridiculous that at any level we try to defend this.”

“If 30 women did suffer harm for unknown reason, we'd investigate,” she said. “We have thousands injured.  I don't think it's safe.”

Bayer HealthCare, which purchased Essure in 2013, told WPTV that “Bayer has been in regular communication with the FDA about the risk-benefit profile of Essure…(which is) the only FDA-approved non-surgical option for women who…want permanent contraception.”  “Essure is supported by more than a decade of science and real world clinical experience,” the corporate email stated.

Bayer HealthCare, which is based in Germany, is immune to the several lawsuits filed against Essure because the “pre-approval” process was used with the FDA, granting the manufacturer immunity from being sued.

Nevertheless, some women have brought legal action claiming that the manufacturer hid evidence of adverse effects from the FDA during the “pre-approval” process, and so corporate immunity should be withdrawn.  A judge will decide whether such lawsuits may go forward.

Last year, Brockovich launched a website devoted to highlighting the risks of the device.

The meeting of the FDA's Obstetrics and Gynecology Devices Panel, scheduled for September 24, is open to public feedback.

“FDA will continue to monitor the safety of Essure to ensure it does not pose an increased risk to public health and that its benefits continue to outweigh the risks,” the agency wrote on its website.

“Bayer is strongly committed to women having access to safe and effective birth control options,” the corporate website stated.