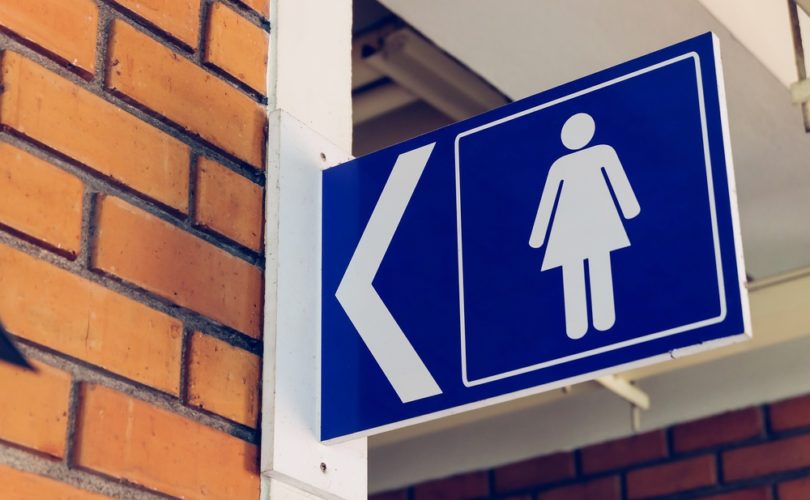 The board of District 211 voted 5-2 last Thursday evening to adopt a new policy for Palatine High School, the Daily Herald reported. It declares that “students shall be treated and supported in a manner consistent with their gender identity, which shall include students having access to restrooms and locker rooms that correspond to their gender identity.”

The vote came at a meeting attended by nearly 500 community members and after the school board rejected a proposal to let the community vote on the question in a district-wide referendum.

Many of the attendees vehemently disapproved of the plan, with one video in particular starkly contrasting the benefits to “trans” students with the fallout for the majority.

“Transgender” student Nova Maday said he’s “ecstatic” about a “step forward in progress,” and student Julia Burca tearfully explained why she feels “uncomfortable my privacy’s being invaded, as I am a swimmer.”

“I do change multiple times, naked, in front of the other students in the locker room,” she continued. “I understand that the board has an obligation to all students, but I was hoping that they would go about this in a different way that would also accommodate students such as myself.”

Take a minute & watch this: A teenage girl fighting tears because her school board ruled that bathrooms are open to anyone who identifies as a girl. She is terrified that a boy will see her naked, & her privacy concerns are dismissed. She is collateral damage for trans activists. pic.twitter.com/DdecRzbZZh

“When you turn all intimate spaces coed, that's egregious,” said Vicki Wilson, co-founder of the local group Students and Parents for Privacy. Calling the new policy a “joke and a slap in the face,” she added that the district has failed to address the related problem of an insufficient number of privacy stalls for students to use.

She said among the ongoing problems the district hasn't addressing is that there aren't enough privacy stalls for every student to use each class period, and teens who do or try to use them are ridiculed.

Superintendent Dan Cates responded to criticism by noting that students cannot simply “go into any locker room whenever they feel like,” but rather their gender is recorded upon request by a parent or guardian (which does not change the fact that biological males will still be changing with female students). He also claimed that there has been “no disruption” related to trans students in locker rooms, which students like Burca dispute.

Conservatives argue that forcing people to share intimate facilities with members of the opposite sex violates their privacy rights, subjects them to needless emotional stress, and gives potential male predators a viable pretext to be present in female bathrooms or lockers in the first place.