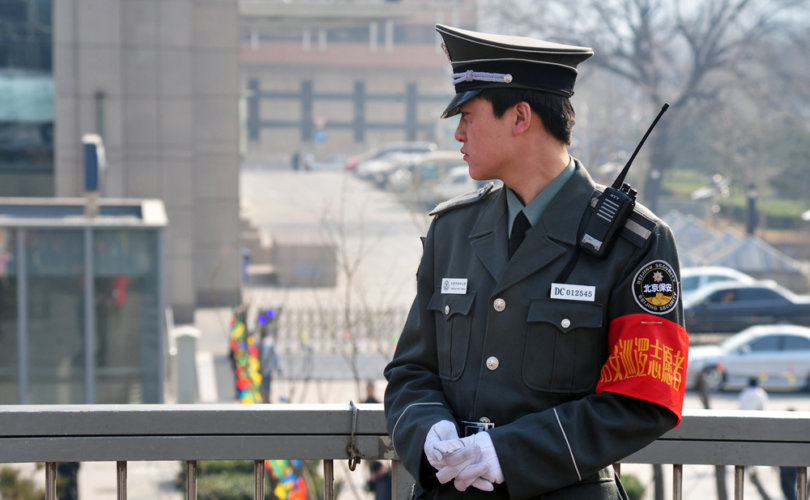 (LifeSiteNews) — After public outcry, Canada’s top police force says it is now looking into the Chinese government satellite police “stations” that are said to be operating in multiple locations in Canada.

According to a CBC report, Canada’s Royal Canadian Mounted Police (RCMP) said its investigating any reports of “criminal activity in relation to the so-called ‘police’ stations.”

The RCMP said any reports of threats to “the security of individuals living in Canada” are taken seriously, and that they are indeed “aware that foreign states may seek to intimidate or harm communities or individuals within Canada.”

Chinese dissidents living in Canada claim that they are being targeted by the Communist Chinese Party (CCP) government from these stations, and have demanded action from the government.

Earlier in the month, members of parliament (MPs) were notified about the “police stations” and were urged by those targeted by China to do something about the foreign stations.

“We’ve heard of threats directly targeting people who are advocating for minority rights in China, such as those from the Uyghur and Tibetan communities,” noted Chong.

“These stations are now another tool that Beijing can use to repress Canadians here in the Chinese community in Canada,” continued the MP, adding the government needs to “take immediate action.”

“At minimum, they should be hauling the Chinese ambassador to Canada on the carpet through a formal demarche and strongly voicing our outrage,” he further stressed.

The Chinese embassy to Canada told the CBC that its authorities in Fujian, China had been setting up online service portals which it claims are there to help its citizens abroad, and that staff at these stations are not “Chinese police officers.”

Last month however, LifeSiteNews reported about the “police” stations, noting that according to a Globe and Mail report, the stations are indeed associated with the Fuzhou Public Security Bureau (PSB).

LifeSiteNews also noted that there are three such stations in Toronto alone, and there may be stations in as many as fifty nations around the world.

According to an organization called Safeguard Defenders, there are over 230,000 individuals sent back to China via these remote stations, often under threat.

“It leaves legal Chinese residents abroad fully exposed to extra-legal targeting by the Chinese police, with little to none of the protection theoretically ensured under both national and international law.”

This is not the first time China has been caught meddling the the affairs of the Canadian government.

A former spy recently revealed that politicians being on the payroll of foreign governments, including China, is a real threat to the nation.

In July, LifeSiteNews reported that an analysis conducted by a federal research unit showed that the CCP may have tried to influence the outcome of the 2021 federal election through the spread of disinformation about the Conservative Party of Canada.

This concern is heightened due to the fact that Prime Minister Justin Trudeau has previously praised China’s “basic dictatorship” while speaking at a Liberal Party fundraising event in 2013, after a reporter asked him which country besides Canada he most admires.