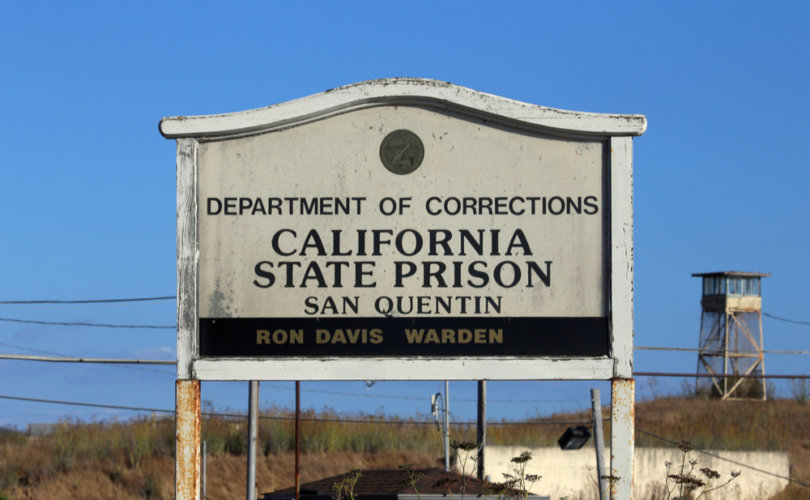 (LifeSiteNews) — A federal appeals court temporarily blocked a COVID-19 jab mandate that would force all California prison workers to get the experimental shot.

The temporary stay of a lower court’s September ruling was issued Friday by a panel on the 9th U.S. Circuit Court of Appeals in response to a request to stall the rule, and will remain in place pending an appeal. Fox News reported that the court’s decision last week “also sped up the hearing process by setting a Dec. 13 deadline for opening briefs.”

Initially set to go into effect January 12, the mandate’s enforcement will now be pushed off until at least March when an appeal hearing is set to take place.

The move by the circuit court to stall enforcement of the requirement came after California’s pro-lockdown Democrat Gov. Gavin Newsom acted to help the California Correctional Peace Officers Association (CCPOA) fight the requirement, which would have seen all 28,000 of its officers forced to get the experimental injection unless they obtained an approved religious or medical exemption.

The CCPOA had argued in May that “[m]andating universal vaccination of staff … seems at odds with the dramatic reduction in COVID-19 infection rates within the prisons, and throughout the State generally, in recent months.”

The union has surprisingly garnered the support of Gov. Newsom in its battle for the medical freedoms of its members.

While enacting mandates for vast swaths of the California population, Newsom has spent months helping the CCPOA buck the mandate for its prison workers, an apparent contradiction that has raised eyebrows.

In October, the governor asked a federal judge to pause the rule, arguing that a significant number of correctional officers would rather quit than comply with the mandate, potentially causing a serious shortfall of crucial personnel.

Newsom, who has championed liberty-crushing lockdowns and experimental jab mandates — including those impacting law enforcement officers, firefighters, healthcare professionals, and school children — drew criticism over the summer for an alleged double standard for supporting  the “politically powerful” prison workers’ union.

Critics have pointed out that the CCPOA helped finance Newsom’s recall election win with a massive $1.75 million campaign donation in July, opting to back the embattled governor after his administration doled out $5,000 in pandemic bonuses and raises for its officers.

Newsom has subsequently helped the union resist the California Department of Public Health (CDPH) order that would have required “paid and unpaid individuals who are regularly assigned to provide health care or health care services to incarcerated people, prisoners, or detainees to show evidence of full vaccination against COVID-19 by October 14” unless they qualified for an exemption or accommodation.

Thanks to the circuit court’s stay of the mandate Friday, prison guards in California will not be required to take the experimental jab at least until an appeal hearing, even while California school children 5 years old and older will be required to get the shot to attend in-person school.

Last month, C.J. Ciaramella suggested in a piece for Reason.com that “[t]he power dynamics at play here are not subtle or hard to divine.”

“California is insisting that school children get vaccinated, while simultaneously fighting to protect prison guards from a vaccine mandate, because students, who are at very low risk of serious COVID-19 complications compared to older age brackets, don’t have a public sector union with deep pockets,” he wrote, calling the apparent contradiction a “fable of political power in our times.”