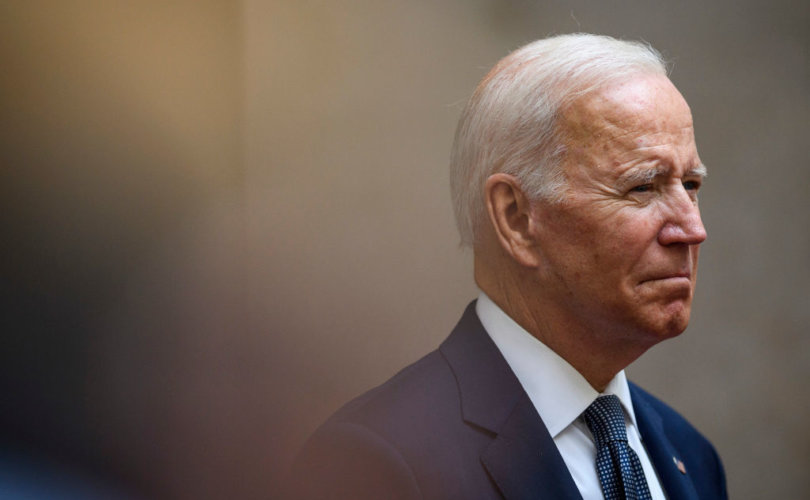 (LifeSiteNews) — A federal court on Monday shot down an emergency motion from the Biden Justice Department to lift a block on the administration’s COVID vaccine mandate for healthcare workers.

A federal judge in Louisiana also enjoined the measure nationwide in a ruling late last month.

In a ruling handed down November 29, U.S. District Judge Matthew T. Schlep of the Eastern District of Missouri blocked the policy, slamming it as “likely an unlawful promulgation of regulations.”

“CMS seeks to overtake an area of traditional state authority by imposing an unprecedented demand to federally dictate the private medical decisions of millions of Americans. Such action challenges traditional notions of federalism,” Schlep wrote. “Congress did not clearly authorize CMS to enact the this politically and economically vast, federalism-altering, and boundary-pushing mandate, which Supreme Court precedent requires.”

He added that CMS’s delay in mandating vaccination “undermines its contention that COVID is an emergency.”

A three-judge panel of the 8th Circuit affirmed Schlep’s order Monday without elaborating.

NEW this morning: The 8th Circuit Court of Appeals denied the Department of Justice's motion for stay pending appeal in our lawsuit against the vaccine mandate on healthcare workers, meaning our injunction will stay in place.

“The 8th Circuit Court of Appeals denied the Department of Justice’s motion for stay pending appeal in our lawsuit against the vaccine mandate on healthcare workers, meaning our injunction will stay in place,” Missouri Attorney General Eric Schmitt tweeted Monday.

A coalition of 10 Republican-led states, led by Schmitt, sued last month to overturn the rule.

The 8th Circuit has among highest numbers of Republican-appointed judges of any federal appeals court, with four nominated by President Donald Trump.

Biden’s COVID vaccine mandates have faced setbacks in other conservative-leaning courts, including the 5th Circuit, which halted the administration’s mandate for private businesses in November.

Legal challenges to the business mandate have been consolidated and transferred to the 6th Circuit, another majority-Republican circuit, which has not acted on a request from the Biden administration to reinstate the policy.