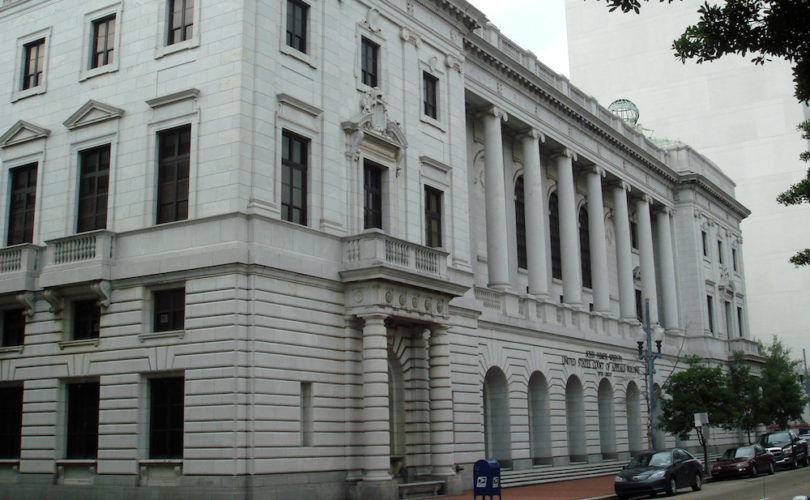 NEW ORLEANS, January 11, 2019 (LifeSiteNews) – Lawyers for Planned Parenthood and the state of Louisiana clashed in federal court this week over the licensing of a planned abortion facility the former says is being improperly delayed, while the latter claims Planned Parenthood is trying to rush the process.

Planned Parenthood is America’s largest abortion chain. It aborts over 300,000 babies annually, according to its own reports.

At issue is a license application for a New Orleans Planned Parenthood location that’s been pending since September 2016. The facility opened that year and currently offers a variety of other services, but cannot commit abortions without the new license. It would be Planned Parenthood’s first Louisiana location to offer abortions, and the state’s fourth abortion facility overall.

Starting under former Gov. Bobby Jindal and continuing under Gov. John Bel Edwards, Louisiana first delayed granting the license to investigate the abortion affiliate’s potential involvement in Planned Parenthood’s sale of organs from aborted babies. Last year, a Center for Medical Progress (CMP) video revealed PPGC abortion director Dr. Ann Schutt-Aine apparently discussing how she gets around the federal partial-birth abortion ban by “pull[ing] off a leg or two” before a baby exits the womb.

In its suit, Planned Parenthood argues the investigation is a “sham” and that the state is illegally delaying the license for political reasons, violating it and its patients’ rights to due process and equal protection and putting “undue burdens” on obtaining abortions. It also cites Louisiana’s efforts to exclude Planned Parenthood from both state and Medicaid funds.

Murrill also accused Planned Parenthood of “forum shopping” by going to federal judges they expected to be more favorable to them rather than making their case to state courts.

All three members of the panel were Republican appointees, but two of them signaled sympathy toward Planned Parenthood’s position.

“Look at this timeline: If you look at the last ten years, it’s stall, stall, stall, stall, stall,” Judge Patrick Higginbotham, an appointee of Ronald Reagan, told the state. Judge James Ho, who was appointed by Donald Trump, suggested he was leaning toward letting the suit proceed because “they alleged that you aren’t following [federal] law.” The third member, Judge Jennifer Walter Elrod, was nominated by George W. Bush.

The AP also quotes Planned Parenthood’s lawyers as claiming the CMP videos that sparked the investigation were “deceptively edited” and “didn’t result in criminal charges” in other states. In fact, Planned Parenthood’s defenders have been largely unable to identify specific “deceptive edits,” and California, where most of the incriminating footage was captured, never investigated.

Ultimately, the panel did not give a timetable on when it would make its decision. As of last June, the AP found that Louisiana has spent more than $1 million since 2014 defending itself against pro-abortion lawsuits.