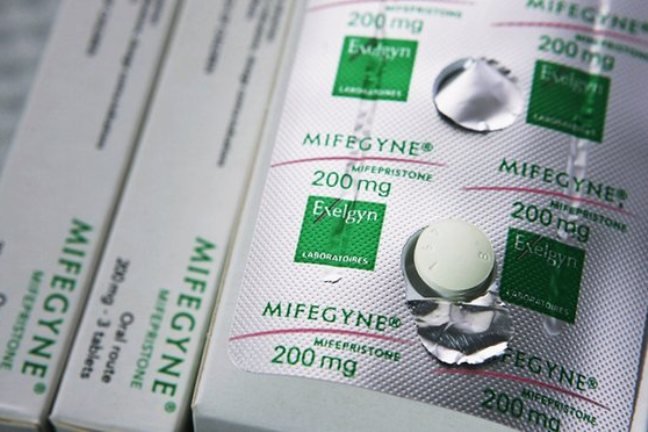 (LifeSiteNews) – The Seventh Circuit Court of Appeals on September 8 ruled in favor of Indiana’s bid to enforce several pro-life laws, including a prohibition on chemical abortion drugs being dispensed through telemedicine, as well as establishing health and safety standards for abortion facilities.

Two of the three federal judges on the panel ruled that Indiana would likely succeed in its legal battles and overturned a stay, or pause, on enforcement of the laws, some of which have been on the books for years. A district judge had ordered the state not to enforce the laws while judicial challenges continued.

“All we hold today is that existing precedents provide strong grounds for concluding that Indiana is likely to prevail on the contested issues,” the majority opinion said.

It found the district court had erred in overturning laws requiring pregnant women be informed about fetal pain, prohibiting telemedicine abortions, ensuring abortions only happen in hospitals or surgical centers in the second trimester and requiring only doctors dispense the RU-486 chemical abortion drugs.

State officials can also require an in-person physical exam before a woman has an abortion.

“Indiana Right to Life is applauding the Seventh Circuit’s granting of a stay pending appeal today, allowing major provisions of Indiana law to remain in effect as Indiana appeals a lower court ruling that originally blocked these provisions,” the pro-life group wrote on Facebook.

“This is a welcome ruling recognizing that Indiana is on solid legal ground in defending its laws,” President Mike Fichter said. “It is revealing that in every issue at stake, abortion businesses seek to block provisions originally enacted to protect women’s health.”

Other states have recently taken action to limit access to RU-486 drugs. For example, South Dakota Republican Governor Kristi Noem recently signed an executive order that puts into place regulations similar to those enforced by Indiana. She plans to push for a law to do that same.

“This is no longer about ‘a woman and her doctor,’ but a woman – or girl – and a stranger on the internet,” Americans United for Life said in a statement. “States can no longer depend on the FDA to regulate abortion drugs in any meaningful way, and I am pleased to see Governor Noem step up for her state,” CEO Catherine Glenn Foster said. “Abortion is never safe, but it’s far more dangerous when women are abandoned by physicians and left to manage their complications alone.”

Abortion activists have pushed for greater access to RU-486 chemical abortion drugs, as they can be mailed to someone and remove the necessity for a woman to go to an abortion facility. President Biden’s Food and Drug Administration (FDA) has also loosened safety rules around the dispensing of the drugs.

But a pro-life think tank has said that abortion drugs by mail can be harmful to the women having the abortion – and, of course, it always involves the destruction of innocent human life.

Charlotte Lozier Institute, commenting on a study that allegedly showed that abortion drugs by mail were safe, said the actual results show a number of medical problems.

Problems included a wide range of misoprostol levels, one of the chemicals used in abortion drugs, as well as a lack of safety information provided with the packages.

Furthermore, some of the websites that the study’s researchers bought drugs from disappeared shortly thereafter.

“Nearly half (45 percent) of the shipped packages arrived damaged or did not arrive at all, thus further compromising the online process,” as well, according to LifeSiteNews.