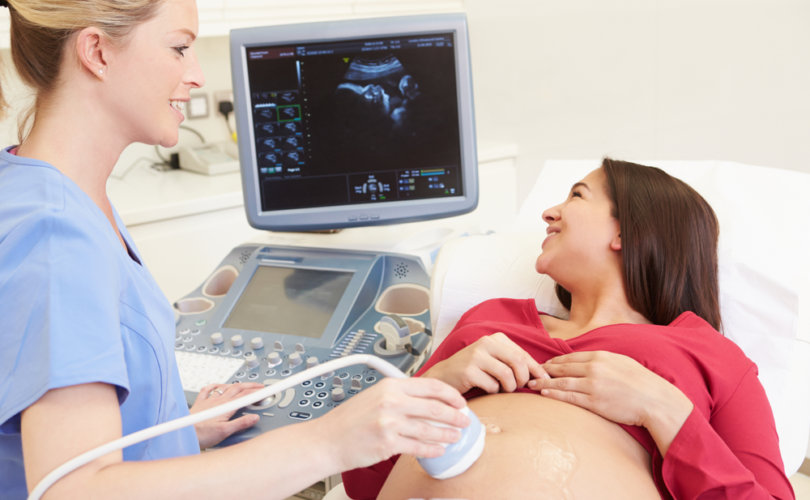 INDIANAPOLIS, July 27, 2018 (LifeSiteNews) – The 7th Circuit Court of Appeals affirmed a preliminary injunction on Wednesday against a 2016 law requiring Indiana abortionists to give women ultrasounds of their unborn babies at least 18 hours before having an abortion.

Originally signed into law by former governor and current Vice President Mike Pence, HEA 1337 requires abortionists to offer women the opportunity to see images of their preborn babies, but does not force women to view them.

“Women, like all humans, are intellectual creatures with the ability to reason, consider, ponder, and challenge their own ideas and those of others,” Judge Ilana Rovner's majority opinion read. The court claimed that rather than “serv[ing] the intended goal of persuading women to carry a pregnancy to term,” the offer to see an ultrasound and the 18-hour delay were nothing more than a “large barrier.”

Informed consent is extensively regulated without objection in most areas of medicine, however, and the American Medical Association calls informed consent “fundamental in both ethics and law.” Additionally, the U.S. Supreme Court ruled in 1992’s Planned Parenthood v. Casey, which otherwise upheld legal abortion, that states can require abortion seekers to wait 24 hours.

Rovner also chided (without ruling on its legality) the informational brochure mandated as part of the state’s informed-consent requirement for, among other things, “stat[ing] as fact that ‘human physical life begins when a human ovum is fertilized by a human sperm’—a proposition debated among scientists, religious leaders, and medical ethicists.”

In fact, fertilization as human life’s starting point has for years been established in mainstream medical and biology textbooks, as defined by settled scientific criteria for what constitutes physical life. Many abortionists and even some pro-abortion activists freely admit that the procedure they champion kills distinct, living humans.

Nevertheless, Planned Parenthood of Indiana and Kentucky (PPINK) and the American Civil Liberties Union (ACLU) of Indiana celebrated the ruling in a press release Thursday.

“We are glad the court saw that there is no medical or legal justification for these rules, which would be especially burdensome for rural residents and people with low incomes,” PPINK president Christie Gillespie said. ACLU Indiana legal director Ken Falk called the ruling “another repudiation of the unnecessary and unconstitutional attempts by Indiana politicians to interfere with women’s reproductive rights.”

“Sadly, many women will proceed with having an abortion without ever seeing the humanity of their unborn babies on display through ultrasound imaging,” Indiana Right to Life president Mike Fichter responded to the Indianapolis Star. “Abortion providers continue doing everything they can to block women from being fully informed prior to an abortion decision.”

Fichter expressed hope that the state attorney general’s office will appeal the 7th Circuit’s decision to the U.S. Supreme Court, where Judge Brett Kavanaugh would likely be seated by the time the case reached it. Indiana Attorney General Curtis Hill says he is currently reviewing the ruling.

Save the Storks, which provides free ultrasound services to pregnancy centers via its Stork Moblie Medical Units, says that four out of five women who enter one of their vehicles ultimately chooses life. The similar ICU Mobile says that its ultrasounds have convinced 56% of women who had already decided on abortion to change their minds, and 87% of those who were undecided to choose life. In addition, a 2011 study by Quinnipiac University’s Mark Gius concluded that “ultrasound laws had a very significant and negative effect on the abortion decision.”