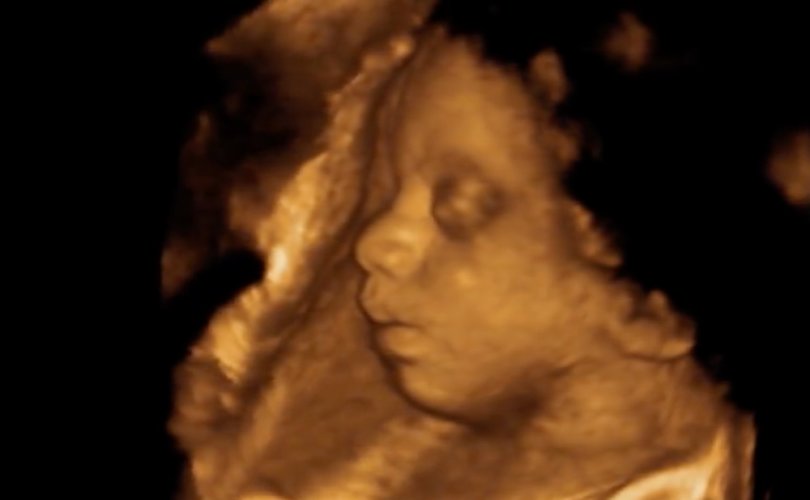 LOUISVILLE, April 5, 2019 (LifeSiteNews) – Pro-lifers in Kentucky won a victory Thursday when a three-judge panel of the Sixth Circuit Court of Appeals upheld the state’s law requiring abortionists to give women the opportunity to view ultrasound images of their children before abortion.

“Today is a historic day, as Kentucky continues to lead the charge in implementing strong pro-life protections for its citizens,” Kentucky’s Republican Gov. Matt Bevin responded to the ruling. “We applaud the decision by the Sixth Circuit, which affirms the commonsense notion that patients should be well equipped with relevant information before making important medical decisions. I am grateful to be governor of a state that values every human life, and we are committed to continue our fight on behalf of the most vulnerable among us.”

Enacted in 2017, Kentucky’s Ultrasound Informed Consent Act requires abortionists to perform ultrasounds prior to committing abortions, display and explain the images, play the audio of any fetal heartbeat, and offer women the opportunity to view the images. It does not force women to view them.

“Are the mandated disclosures truthful and not misleading? Yes—no one argues that the heartbeat, sonogram, or its description is false or misleading,” Judge John Bush, who was appointed by President Donald Trump, wrote in his majority opinion. “That leaves the final question: Are the mandated disclosures relevant to the patient’s decision whether to abort unborn life? The Supreme Court’s abortion precedent answers this question for us.”

He explained that in both 1992’s Planned Parenthood v. Casey and 2018’s National Institute of Family and Life Advocates v. Becerra, the U.S. Supreme Court held “that the First Amendment has a limited role to play in allowing doctors to avoid making truthful mandated disclosures related to informed consent,” and the ultrasound law “provides relevant information” that “gives a patient greater knowledge of the unborn life inside her.”

“This also inherently provides the patient with more knowledge about the effect of an abortion procedure: it shows her what, or whom, she is consenting to terminate,” Bush concluded. “That this information might persuade a woman to change her mind does not render it suspect under the First Amendment. It just means that it is pertinent to her decision-making.”

Bush’s ruling was joined by Judge Alan Norris, who was appointed by President Ronald Reagan. Judge Bernice Donald, an appointee of President Barack Obama, dissented, claiming the law “eviscerates physician discretion” to decide what “truthful, non-misleading, and relevant information” to share with patients. She further claimed that the requirement had “no basis in the practice of medicine.”

Informed consent is extensively regulated without controversy in most areas of medicine, however, and the American Medical Association calls informed consent “fundamental in both ethics and law.” Pro-lifers support and abortion activists oppose ultrasound requirements for their ability to convey the humanity of preborn babies and dissuade women from abortion.