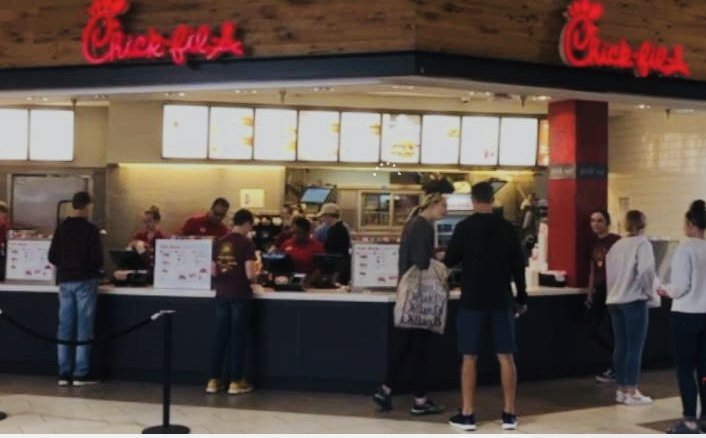 WASHINGTON, D.C., May 29, 2019 (LifeSiteNews) – The Trump administration is investigating two airports for possible religious discrimination against the Christian-owned Chick-fil-A after the chicken franchise was denied contracts.

On Friday, the Department of Transportation (DOT) announced that it is looking into airport bans of Chick-fil-A. “The Department has received complaints alleging discrimination by two airport operators against a private company due to the expression of the owner’s religious beliefs,” DOT said in a statement.

Federal regulations prohibit airports from excluding persons on the basis of religion from participating in airport activities that receive or benefit from grants from the Federal Aviation Administration.

On Tuesday, investigative reporter Geraldo Rivera joined political pundit Dan Bongino to denounce leftist boycotts of businesses, telling Fox News host Sean Hannity that businesses should not be subjected to a “political litmus test.” Regarding proposals to ban Chick-fil-A, Rivera said, “I detest people putting a political litmus test on a business. Any business, but certainly a fast food chain, what you judge Chick-fil-A by is the quality of its chicken. Period.”

Rivera added, “I don’t know if we can go to McDonald’s now, go to every other Burger King, and The Five Guys and all of the rest of it and say, ‘What is the political affiliation or religious belief of the owner?’ You can’t go down that road, and liberals are so intolerant, they are — political correctness does not begin to describe how they are.” Bongino told Hannity that such bans are the “only weapon” left to liberals. “And, good for the Trump administration for fighting back. New rules, libs – see how you like it now that the government investigates you for discrimination.”

In March, Chick-fil-A was excluded from San Antonio’s airport concession agreement with Paradies Lagardère in a motion by the city council. According to Democrat Councilman Roberto Treviño, Chick-fil-A supposedly engaged in “anti-LGBTQ behavior.” Having disparaged the private company, Treviño said the ban exemplified San Antonio’s commitment to “equality and inclusion.” Shortly thereafter, Texas Attorney General Ken Paxton, a Republican, said he was investigating the ban.

Also in March, Buffalo Niagara International Airport announced that it was cancelling the opening of a Chick-fil-A restaurant. This followed statements by New York state Rep. Sean Ryan, who wrote on Facebook, “The views of Chick-fil-A do not represent our state or the Western New York community, and businesses that support discrimination have no place operating in taxpayer-funded public facilities.” The Democrat called on the airport authority to choose another restaurant.

Archbishop Gustavo Garcia-Siller of San Antonio opposed the city council’s decision, releasing a statement that read: “It is best in this circumstance that elected officials not restrict a restaurant chain’s right to conduct business. Let the marketplace decide, and consumers will select which businesses to support – or not support – with their dollars, as they always do.”

On May 20, Texas state legislators advanced a “Save Chick-fil-A” bill that seeks to keep the government from punishing any person or company on the basis of actions stemming from a religious belief.