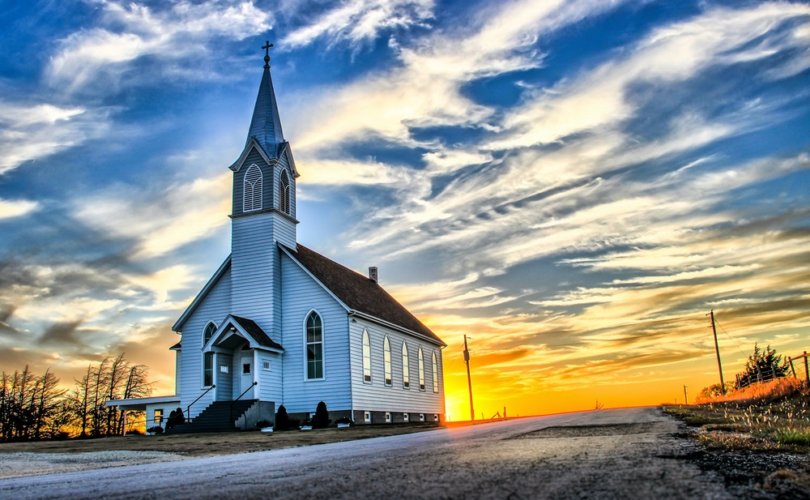 WICHITA, Kansas, April 20, 2020 (LifeSiteNews) ― A federal judge has ruled that two Kansas churches may ignore the state governor’s order limiting gatherings of their congregations to ten people, ostensibly because of the coronavirus crisis.

Wichita U.S. District Judge John Broomes ruled that Kansas Governor Laura Kelly’s executive order prohibiting more than ten congregants in a church is probably a violation of religious freedom and freedom of speech. Broomes also signaled that he believed her order was unfairly aimed at religion.

“Churches and religious activities appear to have been singled out among essential functions for stricter treatment,” he wrote in his order. Broomes called Kelly’s measures “arbitrary.”

In her April 7 order, the Democrat governor prohibited “all private or public mass gatherings,” meaning any event likely to bring ten people together in the same “confined or enclosed” place at the same time. But while mentioning a number of venues, she laid out details only for church services. These are inconsistent, allowing for more than ten people to serve at a religious service as “preachers, lay readers, choir or musicians, or liturgists” as long as they maintain so-called social distancing, but not for more than ten congregants. Regarding funerals and memorial services, Kelly similarly relaxed the “only ten” rule for employees and members of the military, but not for other friends and relatives of the deceased.

The Kansas legislature had initially overturned Kelly’s ban, but she appealed to the state’s Supreme Court, which sided with her on Holy Saturday.

Kelly responded to Broomes’ order by saying, “This is not about religion. This is about a public health crisis.”

“The lawsuit said both churches held indoor Easter services with 20 or more members of the congregation present.”

According to Kansas’ WIBW, Tyson Langhofer with Alliance for Defending Freedom, which represented the churches in the lawsuit, stated that churches should not be singled out for “punishment.”

“Kansas state policy singles out churches for special punishment while allowing others to have greater freedom. That's both illogical and unconstitutional,” he said.

“The governor can not treat religious groups worse than everybody else, without this temporary restraining order, the state of Kansas is keeping churches from safely gathering. The governor’s order punishes churches who are looking for a safe, responsible way to gather for worship.”

Topeka, Kansas CBS affiliate WIBW reported that the district judge’s decision applies only to the two churches named in the lawsuit. In addition, they must take special care in order to stay open to congregations.

“The court ruling states that Calvary Baptist Church of Junction City and First Baptist Church of Dodge City must adhere to social distancing and public health protocols in order for their services to continue,” WIBW stated.

Services were held on Sunday, and one congregant, Scott Prince, told WIBW’s reporter that he felt safe.

“They were very careful, there was an elder at the door who provided basically a briefing,” Prince said. “He was only allowing people in one at a time, or couples in at one time. Keeping distance, they had hand sanitizer there.”