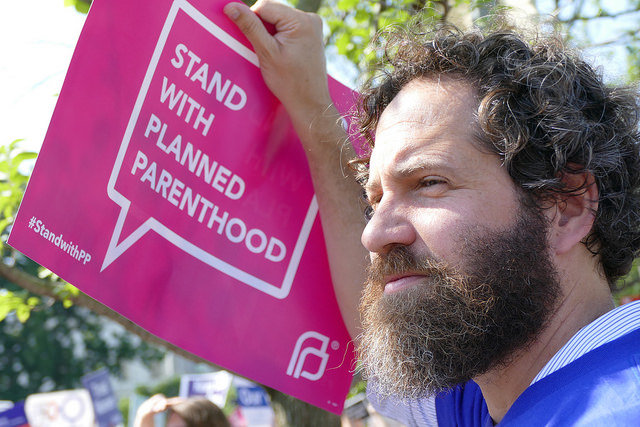 A Planned Parenthood supporter outside the U.S. Supreme Court.

MISSISSIPPI, October 21, 2016 (LifeSiteNews) – A federal judge delivered Planned Parenthood a win Thursday by blocking a Mississippi law that prevented Medicaid funds from going to any organization that commits abortions.

District Judge Daniel P. Jordan III ruled in favor of Planned Parenthood in the abortion company’s lawsuit against the law, which Gov. Phil Bryant signed in May.

Although Mississippi tax dollars are prohibited from directly funding abortion, this law prevented organizations that commit abortions from participating in Medicaid.

“I'm sorry to report that a federal judge has blocked a law that would have prevented your tax dollars from going to Planned Parenthood,” Bryant wrote on Facebook. “I believe the law was the right thing to do and I will continue to stand with the Legislature and people of Mississippi who do not want their hard-earned money going to the largest abortion provider in the nation.”

Planned Parenthood celebrated the victory, which is similar to rulings judges have made in other states.

“Mississippians have voiced time and time again with their votes, activism, and legislative motions that we do not want abortion in our state,” Anja Scheib, former President of Mississippi State University Students for Life and a state pro-life advocate, told LifeSiteNews. “We certainly do not want to be mandated to fund organizations that commit abortions in our state. Activist judges have no place in a fair system.”

Last year, Students for Life of America produced a video depicting the “money fungibility” Planned Parenthood engages in with their money. The abortion giant’s financial workings make it easy for tax dollars to end up helping pay for abortions, the video explained.