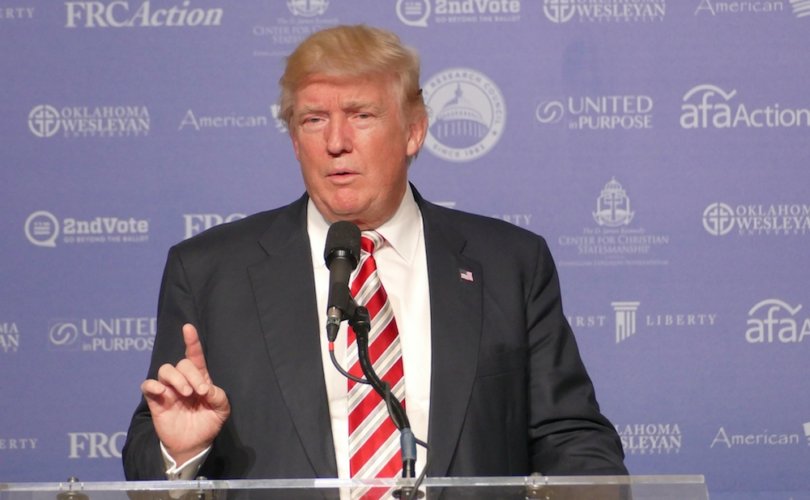 The judge, based in Portland, Oregon, said that he will soon issue an opinion granting a preliminary injunction against the changes, which abortion proponents have dubbed a “gag rule.”

Oregon has joined 20 states and the District of Columbia in asking the courts to strike down the changes. Planned Parenthood affiliates and the American Medical Association are also parties to the suit.

While the plaintiffs have sought a national injunction, Judge McShane said he did not want to set “national health care'’ policy. The U.S. Justice Department had asked that any injunction should apply only to the plaintiffs in this particular case because there are at least four other similar suits pending in other states.

“At the heart of these rules is an arrogant assumption that the government is better suited to direct women's health care than their providers,” he said, according to Oregon Public Broadcasting.

In addition, McShane said he will issue a separate preliminary injunction to stop the so-called “separation'' rule that prohibits taxpayer-funded “family planning clinics” from being located under the same roof as abortion providers.

Oregon state Attorney General Ellen F. Rosenblum told the court on Tuesday during more than three hours of hearings, “Title X grant funds are a true safety net for low income individuals and those who would not be able to access care, due to a lack of insurance or other barriers.'' Rosenblum claimed that the Trump administration is attempting to “politicize” a “successful, nonpolitical public health program” that has been in place for five decades.

Arguing for the U.S. Department of Justice on Tuesday, attorney Andrew M. Bernie said that no “irreparable harm'' has been caused by the Administration’s rules and that there is no political motivation for policy changes. The federal government rules have been followed in 14 states, Bernie argued, where crisis pregnancy centers are in compliance with the U.S. Supreme Court’s ruling in Rust v. Sullivan (1991), when it upheld regulations issued by the U.S. Department of Health and Human Services prohibiting employees in federally funded contraceptive providers from counseling patients on abortion. The federal government has also argued that Planned Parenthood, and other providers, may “co-mingle” federal funds intended for contraception and screenings with abortion.

Apparently unswayed by Bernie’s argument, McShane said that the federal government had not offered data that would counter assertions that restricting medical professionals from discussing all contraceptive and abortion methods with patients would cause an upswing in unintended pregnancies, as well as an increase in sexually transmitted diseases and HIV.

The Department of Justice’s Bernie said that Planned Parenthood is entitled to airing its views about medical ethics, but it is “not allowed to set the parameters for the Title X program.'' When Judge McShane said he did not seek to enter into a political debate, he asked Bernie, “Is it a political motivation to defund Planned Parenthood, regardless of health outcomes?'' Bernie replied that the federal government believes that its rules reflect Section 1008 of the Title X statute, which prohibits abortion as a method of contraception.

In a statement, Leana Wen, president of Planned Parenthood Federation of America, claimed a victory in Oregon. However, because the injunction is but preliminary, she said that her organization will “continue to fight” the Trump administration to ensure abortion. Planned Parenthood currently receives approximately $500 million annually in taxpayer funds.

The pro-life American Center for Law and Justice filed amicus briefs with the court earlier in April that defended the Trump administration’s defunding of Planned Parenthood. On the ACLJ website, the group states: “Once the regulations go into full effect, in order to obtain what has amounted to nearly $60 million a year, Planned Parenthood will no longer be able to promote or refer for abortions, and they will also have to establish completely separate facilities: no more using Title X funds to pay the rent and utilities on the abortion facility. Planned Parenthood says that it cannot afford to separate its Title X facilities from its abortion facilities so they will stop their Title X services.”