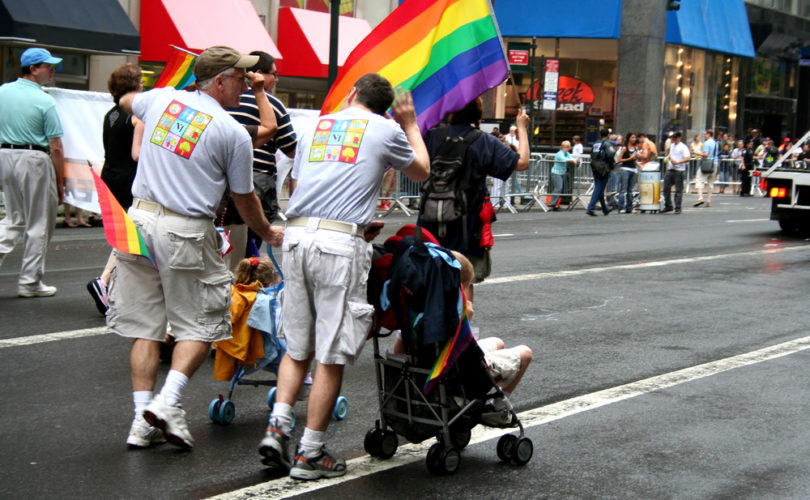 GRAND RAPIDS, Michigan, September 30, 2019 (LifeSiteNews) — A federal judge has issued a preliminary injunction allowing a Catholic adoption agency to continue operating according to its religious beliefs. His decision came just four days before the agency’s contract with the state was set to expire.

District Judge Robert Jonker ruled in favor of St. Vincent Catholic Charities and against Michigan’s lesbian Attorney General, Dana Nessel, who before taking office in January had pledged to terminate state contracts with religious foster and adoption agencies that refused to place children in homes with same-sex couples.

In his ruling, Jonker said that Nessel had “targeted” the Catholic agency and that Nessel “is at the very heart of the case,” having accused proponents of religious exemptions from LGBT household placements as “discriminatory” and “‘hate mongers’ who disliked gay people more than they cared about children.”

“The State’s real goal is not to promote non-discriminatory child placements, but to stamp out St. Vincent’s religious belief and replace it with the State’s own,” declared Judge Jonker.

Jonker indicated that to continue to allow Nessel’s ban on faith-based agencies who cannot in good conscience work with homosexuals to remain in effect, “would disrupt a carefully balanced and established practice that ensures non-discrimination in child placements while still accommodating traditional Catholic religious beliefs on marriage.”

“Our nation is facing a foster care crisis, and we are so glad that Michigan’s foster children will continue having all hands on deck to help them find loving forever homes,” said Lori Windham, senior counsel at Becket.

St. Vincent’s was joined in the case by Chad and Melissa Buck, parents of five children with special needs adopted through the Catholic agency.

“The Bucks and St. Vincent Catholic Charities won a victory in Michigan, but there is still work to be done to ensure that faith-based agencies can contribute to ending our nation’s foster care crisis,” said Windham.

In March, Attorney General Nessel had announced that taxpayer-funded adoption agencies with religious objections to placing children in homes of homosexual “married” couples would no longer be able to cite their faith as a legitimate reason to opt out of providing that service.

The ban was triggered by an agreement between Nessel’s office and the American Civil Liberties Union (ACLU) to settle a 2017 lawsuit brought by two lesbian couples.

Her decision voided a package of bills signed into law by Republican Governor Rick Snyder in 2015 that carved out religious exemptions for faith-based organizations.

Nessel, 49, was elected attorney general in January 2019, making her the first openly gay woman to be elected statewide. “Married” to a woman, she has two sons and a long track record of liberal activism. She was part of the legal team that overturned Michigan’s ban on same-sex “marriage.” In 2016, she founded a pro-“LGBT” nonprofit called Fair Michigan. In January 2019, she came out in support of a lawsuit seeking to reinstate the Obama administration’s contraception mandate.