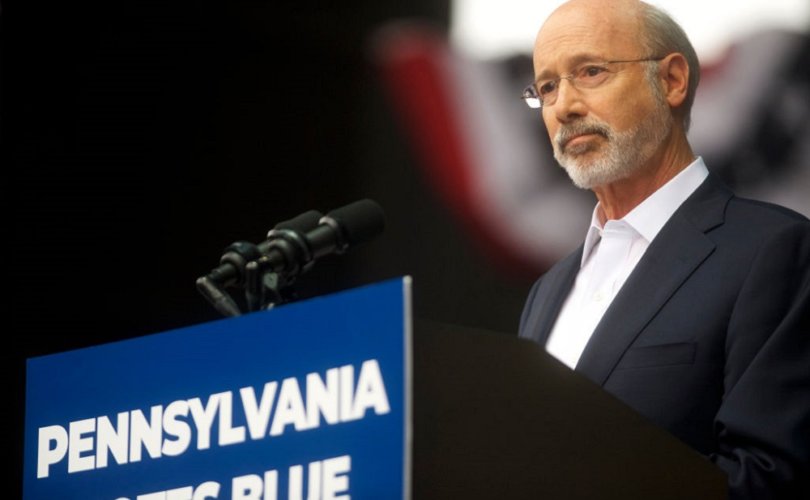 The decision was made Monday by U.S. district judge William Stickman IV.

In his ruling, Stickman said the state limit on gatherings of 25 people indoors and 250 outdoors violates the First Amendment.

Stickman also ruled that the state’s stay-at-home orders and the forced closing of “non-life-sustaining” businesses violate the Fourteenth Amendment.

In his 66-page ruling, Stickman went on to say that although “this country has faced, and will face, emergencies of every sort,” the solution to a crisis on a national scale “can never be permitted to supersede the commitment to individual liberty that stands as the foundation of the American experiment.”

“The Constitution cannot accept the concept of a ‘new normal’ where the basic liberties of the people can be subordinated to open-ended emergency mitigation measures,” wrote Stickman.

“Rather, the Constitution sets certain lines that may not be crossed, even in an emergency. Actions taken by defendants crossed those lines. It is the duty of the court to declare those actions unconstitutional.”

Stickman wrote that while he believes that the “defendants undertook their actions in a well-intentioned effort to protect Pennsylvanians from the virus,” even in an emergency, “the authority of government is not unfettered. The liberties protected by the Constitution are not fair-weather freedoms — in place when times are good but able to be cast aside in times of trouble.”

Wolf has said he will file an appeal to Stickman’s ruling and will also seek a stay that would momentarily block his verdict.

The lawsuit against Wolf’s coronavirus restrictions was made in May by the Pennsylvania counties of Butler, Greene, Fayette, and Washington.

The four western Pennsylvania counties listed as plaintiffs in the suit said Wolf’s and Levine’s coronavirus restrictions were unconstitutional.

United States president Donald Trump, who appointed Stickman as a federal judge in 2019, took to Twitter on Monday to show his support of his ruling.

“Congratulations Pennsylvania. Now we await the decision on the Rigged Ballot Scam, which is so bad for our Country!” wrote Trump on Twitter.

Trump also retweeted multiple media reports of the news regarding Stickman’s ruling throughout the day.

An attorney for the plaintiffs, Thomas E. Breth, was quoted as saying in an Action News 4 (Pittsburgh) report, “This ruling stands for the proposition that even in a pandemic, the citizens of the Commonwealth of Pennsylvania do not forfeit their constitutionally protected rights.”

Another attorney for the plaintiffs, Thomas W. King III, said in the Action News 4 report that you can’t “tell 13 million Pennsylvanians that they have to stay home. That's not America. It never was. That order was horrible.”

Stickman’s ruling does not apply to mask mandates in place in Pennsylvania, nor does it cover occupancy limits at bars, restaurants, and beauty salons.

Wolf has drawn the ire of conservatives in Pennsylvania in the past.

In the fall of 2019, Wolf vetoed House Bill 321 that would have banned abortions for children with Down syndrome, except in cases of rape, incest, or medical emergency  after it was passed by the state’s Senate. In 2017, Wolf vetoed a bipartisan bill that would have protected preborn babies from late-term as well as dismemberment abortion.