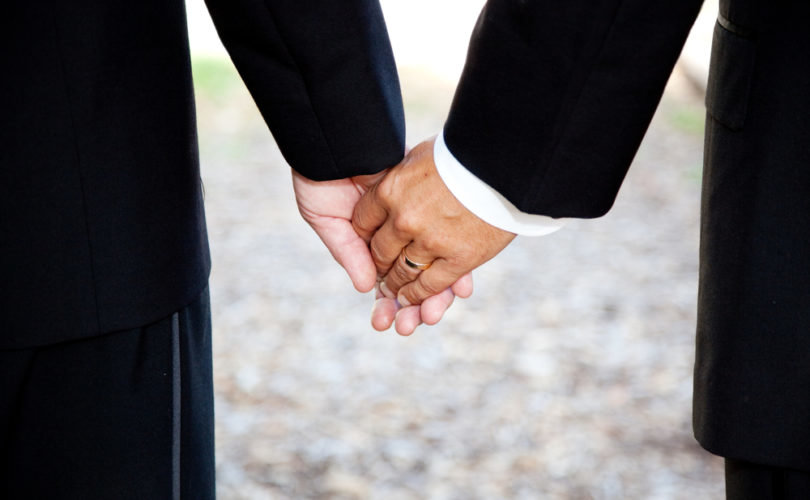 In response to a 4th Circuit Court decision striking down Virginia’s marriage protection amendment as unconstitutional, a federal judge has issued a ruling overturning a similar law in neighboring West Virginia, which also falls under the jurisdiction of the 4th Circuit.

In a practical sense, the court decision was merely a formality, as West Virginia officials stopped defending the constitutional ban on same-sex “marriage” more than a month ago after the 4th Circuit ruling in Virginia, and have been issuing marriage certificates to gay couples ever since.

“We are grateful to Judge Chambers for this ruling that officially puts an end to the long fight for marriage equality for West Virginia’s same-sex couples and their families,” said Beth Littrell, a staff attorney for Lambda Legal, a gay activist group that fought to overturn the law. “This decision clears away the last obstacle to marriage equality in the state. Even though the Fourth Circuit’s decision had already cleared a path for West Virginia to issue marriage licenses, this is still a great day for equality.”

In his ruling, Chambers called same-sex “marriage” a “fundamental right.”

“While some may continue to hold a religious or moral objection to same-sex marriage, governmental restrictions on individual rights must be justified by more than simply strongly, or even widely, held opinions or traditions,” Chambers wrote. “Use of government power to prohibit the exercise of the right to marry fails to meet this test.”

Chambers also slammed a recent 6th Circuit Court ruling that upheld the legality of marriage protection laws, arguing that the definition of marriage should be left to the people to decide via the legislative process, rather than unelected judges.

“[The Sixth Circuit] fails to recognize the role of courts in the democratic process,” Chambers wrote. “It is the duty of the judiciary to examine government action through the lens of the Constitution's protection of individual freedom. Courts cannot avoid or deny this duty just because it arises during the contentious public debate that often accompanies the evolution of policy making throughout the states.”

Writing for the majority, 6th Circuit Justice Jeffrey Sutton argued that legislating contentious social issues from the bench creates an atmosphere of distrust and undermines peoples’ faith in their own authority and that of their elected officials.

“When the courts do not let the people resolve new social issues like this one, they perpetuate the idea that the heroes in these change events are judges and lawyers,” Sutton wrote. “Better in this instance, we think, to allow change through the customary political processes, in which the people, gay and straight alike, become the heroes of their own stories by meeting each other not as adversaries in a court system but as fellow citizens seeking to resolve a new social issue in a fair-minded way.”

The 6th Circuit’s decision makes it likely that West Virginia and other states have not heard the last of the same-sex “marriage” issue.  With conflicting opinions in multiple courts, it now seems inevitable that the U.S. Supreme Court – which refused to hear the issue early this fall – will finally be forced to make a final ruling on the constitutionality of laws that define marriage as an exclusively heterosexual relationship.

The high court has until January 16 to decide whether to hear arguments during this session.  If they fail to act by then, it’s likely no decision will be made before June of 2016, leaving the nation in continuing legal limbo as states grapple with the ramifications of vastly differing laws concerning the definition of marriage.