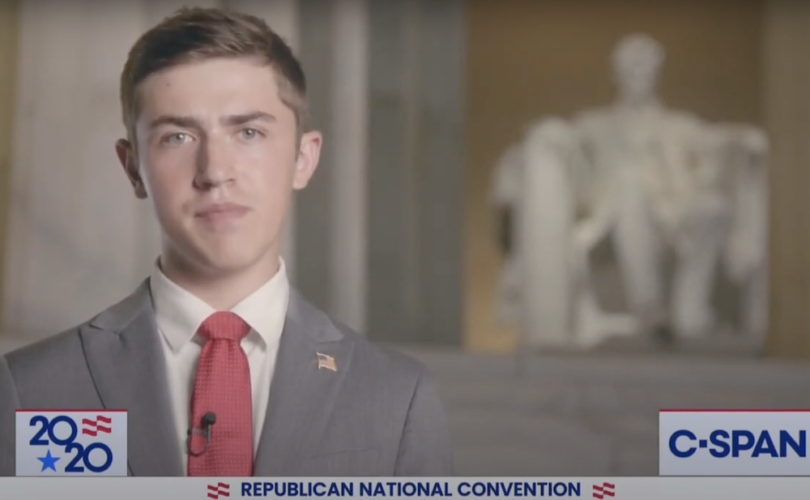 The judge for the U.S. District Court for the Eastern District of Kentucky ruled that media reports claiming Sandmann “blocked” Nathan Phillips, a Native American rights activist, at a confrontation that took place at the Lincoln Memorial at the 2019 March for Life in Washington was protected speech.

Bertelsman stated that he ruled based on Phillips’ testimony of the incident published by the outlets, holding that such actions would be “objectively unverifiable and thus unactionable opinions.”

“Instead, a reasonable reader would understand that Phillips was simply conveying his view of the situation,” Bertelsman said. “And because the reader knew from the articles that this encounter occurred at the foot of the Lincoln Memorial, he or she would know that the confrontation occurred in the expansive area such that it would be difficult to know what might constitute ‘blocking’ another person in that setting.”

“The media defendants were covering a matter of great public interest, and they reported Phillips’s first-person view of what he experienced. This would put the reader on notice that Phillips was simply giving his perspective on the incident,” Bertelsman continued.

“Phillips’ statement did not imply the existence of any nondisclosed defamatory facts, and only under such circumstances does a statement of opinion lose its constitutional protection,” Bertelsman concluded. “Therefore, in the factual context of this case, Phillips’ ‘blocking’ statements are protected opinions.”

Todd McMurty, Sandmann’s attorney, said that he was “disappointed” in the ruling and plans to appeal. “We’re fully prepared to argue these cases at the 6th Circuit,” Sandmann said, according to the Lexington Herald Leader.

Sandmann got into a confrontation with Phillips at the March for Life in 2019. A video surfaced of Sandmann smiling while Phillips, who attended the Indigenous People’s March earlier that day, apparently chanted war chants and beat a drum. Mainstream media outlets reported that Sandmann and a group of other students from Covington Catholic High School in Kentucky surrounded Phillips and attempted to intimidate him.

But additional extended video and firsthand accounts soon revealed that Phillips was the one who waded into the group waiting for its bus and decided to beat a drum inches from Sandmann’s face while the boys performed school cheers in hopes of drowning out racist taunts from members of the Black Hebrew Israelites fringe group.

Many journalists and other public figures quickly deleted their snap condemnations of the students, and some have either tried to keep the original narrative alive or refused to unequivocally retract or apologize for their initial claims, leading to various lawsuits on behalf of the boys.

Sandmann filed lawsuits against eight media outlets for defamation because of their reporting. He settled $250 million lawsuits against CNN and The Washington Post in 2020 for an undisclosed payout. Sandmann later settled a lawsuit against NBC for their coverage of the incident.

Bertelsman previously threw out Sandmann’s lawsuit against the Post, yet he later reversed his ruling.

Other Covington students that attended the March for Life in 2019 have filed complaints dealing with the incident, targeting members of the media and several Democratic lawmakers.

Nick Sandmann at RNC: Americans must ‘unite around’ Trump who calls the media out