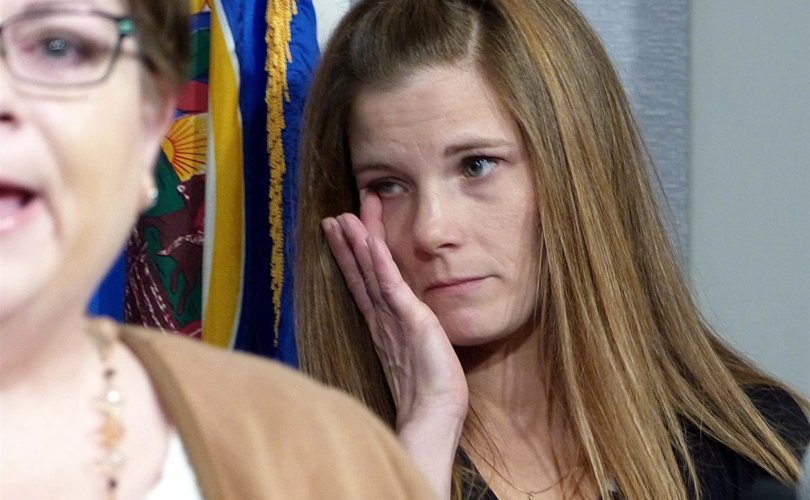 ST. PAUL, Minnesota, May 26, 2017 (LifeSiteNews) — A mother’s lawsuit against a Minnesota school system for secretly helping her 15-year-old son “transition” to “female” was dismissed by a federal judge.

Anmarie Calgaro of Iron Junction discovered all too late last November that her son's school was secretly giving him female hormone treatments with funding from the government. She sued the school district, the county health board, and a local health care entity for violating her rights as a parent.

But the school countered that the boy was “emancipated” from his mother because he had been living on his own, and was therefore legally able to make his own medical decisions.

The 15-year-old had previously moved in with his father — with the mother's permission — to go to a better school (Calgaro is divorced from her husband). The boy then moved in with friends before eventually living on his own. The school interpreted the boy living on his own as “emancipation” from parental influence, determining that the minor teen could make his own elective medical decisions.

Unbeknown to the mother, the boy had also filled out an emancipation form and filed it with the help of a homosexual advocacy group.

“If there had been a court order of emancipation, then Anmarie would have received notice and an opportunity to be heard,” Calgaro's attorney Erick Kaardal of the Thomas More Society explained.

The mother says her son’s emancipation filing was filled with false information. For one thing, it claimed that the mother had surrendered her parental rights.

The boy's emancipation filing also claimed that Calgaro failed to report him “as a runaway” and “made no attempt to bring him home,” concluding that she “no longer wishes to have contact with him.” But the mother denies these claims.

The mother’s defense team says the case is essentially about protecting parental rights.

“The U.S. Constitution says that parental rights are fundamental rights, that can’t be terminated without due process,” Kaardal told the local CBS affiliate.

Calgaro said she is suing not just for herself but “for the benefit of all parents and families who may be facing the same violation of their rights.”

TMS even notes that ironically, the boy’s application for a name change was denied by the St. Louis County District Court because of the “lack of any adjudication relative to emancipation.”

This week District Judge Paul Magnuson dismissed Calgaro's lawsuit. He admitted the boy was not legally emancipated, and so Calgaro's parental right “remain intact.” Despite this, the judge nevertheless decreed that the school and health care facility “cannot be held liable … because they did not act under color of state law.”

In essence, the judge decided that the school and government agencies could only be held accountable if it acted against a law or a “policy or custom.”  Therefore, Calgaro had no legal claim, he argued.

The judge went so far in downplaying parental rights as to rule that a parent's access to their child's medical and education records is a question to be solved. He admitted in his ruling that he “explicitly left open the question ‘whether and to what extent the fundamental liberty interest in the custody, care, and management of one’s children mandates parental access to school records.'”

The mother's defense team plans to appeal the ruling to the  U.S. Court of Appeals for the Eighth Circuit.

“Anmarie Calgaro is living a parent’s worst nightmare,” Kaardal of the Thomas More Society said. “Her minor child has been piloted by third parties through a life-changing, permanent body altering process by organizations that have no legal authority over him, and that have denied his own mother access.”

LGBTQ advocates supporting the boy's “transition” outside parental knowledge say the boy's mother proves her anti-trans prejudice by still referring to her biological son who now looks like a female as “he.”

David Edwards of the transgender group Transforming Families told NBC News that he took offense when Calgaro referred to her son in male pronouns. “Purposefully mis-gendering a transgender person is an act of violence,” Edwards claimed. “To continually do that to your child is not only insensitive but also really harmful,” he said.