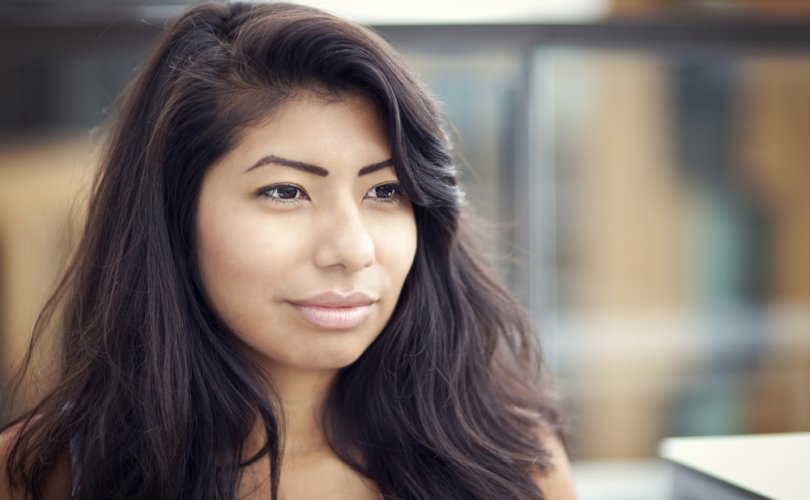 WASHINGTON, D.C., April 17, 2018 (LifeSiteNews) – A federal judge has ruled that the federal government must notify underage illegal immigrants in its custody that they have a legal right to obtain abortions.

US District Judge Tanya Chutkan, an Obama appointee, ruled Friday that, starting “immediately,” the Trump administration must distribute written notices of the “right” to abortion “to all unaccompanied minors,” the Washington Times reports.

The statements must be printed in both English and Spanish, and given to both males and females in custody, regardless of whether the latter is actually pregnant. They also come with contact information for an attorney from the left-wing American Civil Liberties Union, and advise girls to call or email the lawyer if government officials interfere with their attempts to abort.

The notices must also be posted at the dorms in which illegal immigrant minors are kept, and if a minor does become pregnant she must be given another notice of her “right,” delivered in her “primary spoken language.”

Under current law, illegal immigrant minors caught without parents are turned over to the Department of Health and Human Services, which gives them housing until they can be matched with sponsors in the United States. These notices implement Chutkan’s ruling two weeks ago certifying a class action against HHS for refusing to facilitate illegal immigrants’ abortions.

For months, Chutkan and the Trump administration have been locked in a legal battle over the issue. Last December, the judge ordered the administration to allow a 17-year-old “Jane Doe” from Mexico to get an abortion.

The government argues that it has a “strong and constitutionally legitimate interests in promoting childbirth, in refusing to facilitate abortion, and in not providing incentives for pregnant minors to illegally cross the border to obtain elective abortions while in federal custody.” It says that illegal minors who want abortions can either accept deportation back to their home countries, or work to find a sponsor and leave government custody.

“Americans United for Life is deeply concerned by the recent judicial activism” of Chutkan, AUL president and CEO Catherine Glenn Foster told LifeSiteNews in a statement. “This compelled notice goes far beyond notifying potential class members of the lawsuit; it forces [the Office of Refugee Resettlement], as well as ORR-funded shelters and legal services—including those with pro-life views—to promote and facilitate abortions.”

Last October, Conservative Review’s Daniel Horowitz highlighted Judge Karen Henderson’s dissenting opinion in the Jane Doe case, which he says explains how this case has perverted the law in an unprecedented way.

“For over a half century, this Court has held that the detention of an alien in custody pending determination of his admissibility does not legally constitute an entry though the alien is physically within the United States,” Henderson wrote, meaning that Jane Doe was “not entitled to the due process protections of the Fifth Amendment,” even concerning rights the Constitution expressly mentions (it does not identify a right to abortion).

But, by ruling that she had a right to an abortion, Henderson continued, “the Court elevates the right to elective abortion above every other constitutional entitlement.” She proceeded to list several precedents in which courts ruled that freedoms of expression, association, and gun ownership, and protections from warrantless searches or trial without jury, did not extend to individuals who illegally entered the United States.

These provisions of the Bill of Rights “all must yield to the ‘plenary authority’ of the Congress and the Executive, acting in concert, to regulate immigration; but the freedom to terminate one’s pregnancy is more fundamental than them all?” Henderson asked. “This is not the law.”

The Trump administration has said it intends to appeal Chutkan’s ruling.