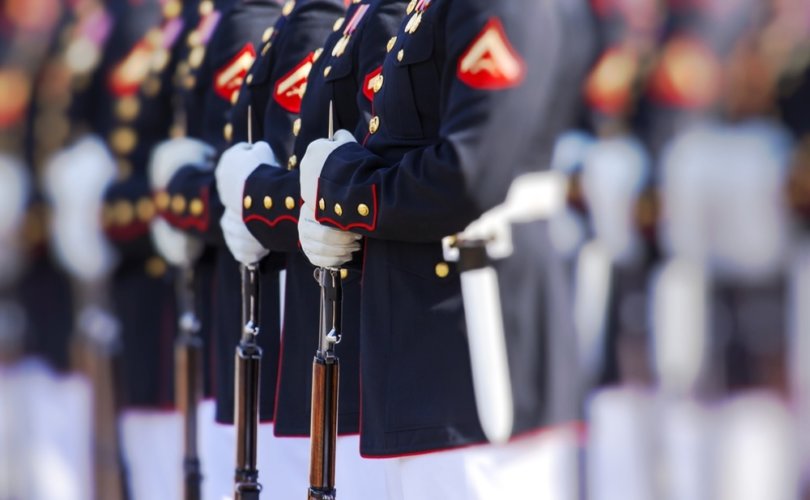 The decision comes after Christian legal group Liberty Counsel filed a classwide lawsuit against the Biden administration’s Department of Defense (DOD) Secretary Lloyd Austin on behalf of U.S. Marines who had been denied religious exemptions from the armed forces jab mandate, CBN reported.

U.S. District Court of Florida Judge Steven Merryday handed down the 48-page ruling on August 18, declaring that the Department of Defense may not force any Marine included in the class-wide suit to get the shot.

The judge noted that 3,733 Marines have requested religious accommodations from the jab mandate, but only 11 accommodations have thus far been granted.

According to Merryday, the DOD does not have a compelling interest not to grant the religious exemption requests of Marines.

“The record fails to demonstrate any meaningful increment of harm to national defense likely to result because these Marines continue to serve — as they have served — unvaccinated but in accord with other, proven, rigorous, and successful safety protocols,” he wrote.

The USMC COVID-19 jab mandate derives from an August 2021 Pentagon memo in which Defense Secretary Austin, with the backing of President Joe Biden, directed the secretaries of all military departments to “immediately begin full [COVID] vaccination of all members of the Armed Forces,” and “impose ambitious timelines for implementation.”

Despite the fact that the COVID shots have proved increasingly less effective against the virus than promised and have contributed to a staggering number of adverse event reports, the Marines and all other military branches have followed through on threats to discharge members for refusing the jabs.

To date, 3,299 Marines have been discharged for refusing the jab.

Meanwhile, Defense Secretary Austin recently tested positive for the coronavirus a second time despite having received multiple doses of the COVID jabs.