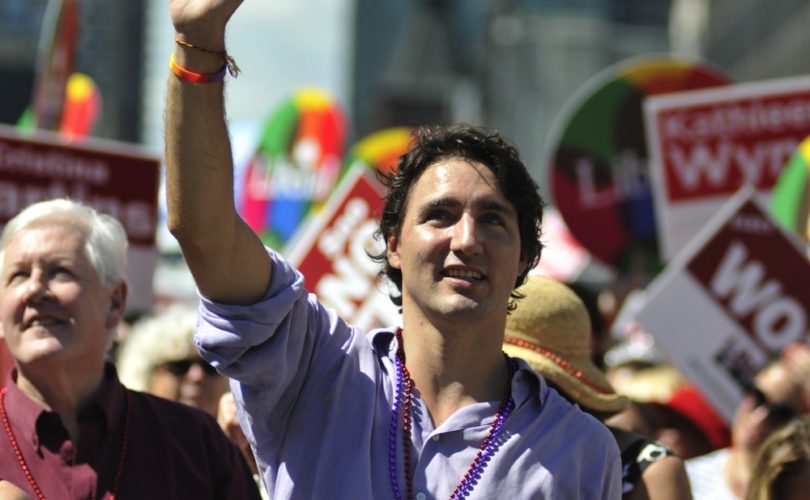 The poll of 1798 Canadian voters conducted earlier this week found that just over 4-in-10 said they would vote Liberal in the next election (41%).arindambanerjee / Shutterstock.com

Justin Trudeau's Liberals are losing ground to the Conservatives, according to the latest poll by Forum Research, dropping from 16 points ahead last month to nine this month.

The poll of 1798 Canadian voters conducted earlier this week found that just over 4-in-10 said they would vote Liberal in the next election (41%), giving the party a nine point lead over the Conservatives who have 32 percent of the vote. This marks a 4 point increase in support over last month when 28 percent said that would vote for Harper's party.

Support for the Liberals is strongest in Atlantic Canada and Ontario, while the prairies, and especially Alberta, are strongly Conservative.

The poll found that support for the NDP has remained about the same at less than one fifth of the vote (July – 18%, today – 17%).

Forum Research president, Dr. Lorne Bozinoff, said that Prime Minister Harper's strong showing on the world stage related to the developments in the Middle East and Ukraine may have led to the slump in polls for the Liberals and the improvement for the Conservatives.

“We are uncertain what has caused this dip in Liberal fortunes, but it may be connected to world events, where the Prime Minister has been claiming the stage with some very tough performances, which can be difficult for a candidate who is not in government to challenge,” Bozinoff said.

“It should be noted, however,” he added, “that both Harper and Trudeau poll at about the same favourability as their parties, whereas Tom Mulcair exceeds his party's score by a factor of two. In this case, he's proven unable to drag the party up to his own level of popularity, which is what Jack Layton essentially did to ignite the Orange Crush,” Bozinoff said.