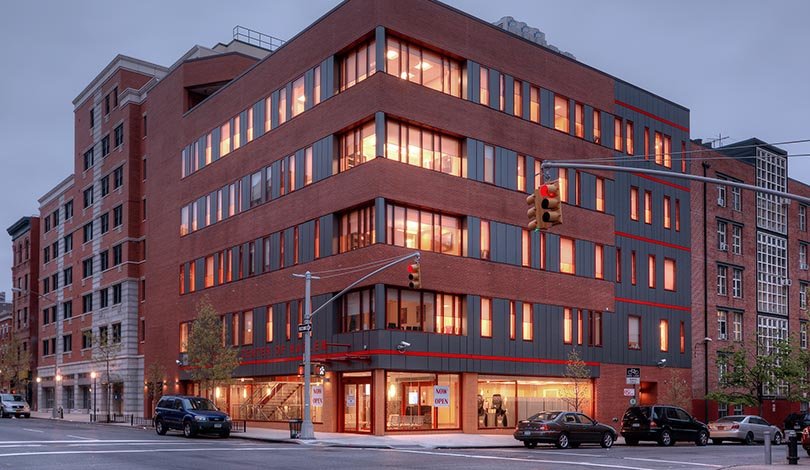 The Institute for Family Health, a federally qualified health center, has been running an abortion facility in apparent violation of federal law.

WASHINGTON, D.C., April 28, 2016 (LifeSiteNews) – A federally qualified health center (FQHC) apparently performed abortions, although nearly all federal funds are forbidden from being used for that purpose, sources tell LifeSiteNews. Now, pro-life congressmen are demanding further investigations into the use of U.S. taxpayer funds to promote abortion-on-demand.

The issue came to light when a federal inspector general's report found that six Americorps volunteers had been acting as “abortion doulas,” giving emotional support to women who chose to have abortions.

The National Association of Community Health Centers (NACHC) allowed the volunteers – who received tens of thousands of taxpayer dollars – to support abortions that took place inside a New York abortion facility run by the Institute for Family Health (IFH).

Americorps “volunteers” illegally supporting abortion at taxpayer expense is an ongoing problem. But there's more to the story.

The IFH proudly advertises itself as a federally qualified health center (FQHC). Federal dollars are restricted from underwriting most abortion at FQHCs, in line with the Hyde Amendment. This does not hold true for the Affordable Care Act, conventionally known as ObamaCare.

To ease qualms raised by pro-life Democrat Bart Stupak and others, on March 24, 2010, Barack Obama signed Executive Order 13535. It states that “the Hyde [Amendment] language shall apply to the authorization and appropriations of funds for Community Health Centers…I hereby direct the Secretary of HHS to ensure that program administrators and recipients of federal funds are aware of and comply with the limitations on abortion services imposed on CHCs by existing law.”

Pro-life groups warned at the time that an executive order was insufficient to prevent taxpayer funding of abortion, and the law itself had to be amended – or defeated.

Stupak, who voted for ObamaCare before retiring from Congress, later said he was “perplexed and disappointed” by President Obama's “double cross” during the law's implementation.

Pro-life experts today say Congress must investigate whether the law is being violated and, if so, if the offense is isolated to IFH.

“For years the Obama administration has claimed that the Affordable Care Act and federally-funded health centers do not subsidize abortion, and the president finally signed additional provisions, passed last year by Congress, to ensure that community health centers do not use federal funds to support abortion,” said Arina Grossu, the director of the Center for Human Dignity at the Family Research Council. “Now we learn that CNCS is violating the law by helping women obtain abortions.”

“This blatant violation of federal law by CNCS and AmeriCorps demands that Congress investigate government-funded community health centers,” Grossu said. “It's time for this administration to stop foisting its radical abortion agenda on the American people and using their tax dollars to do so.”

Pro-life advocates have long said that there is no need to fund Planned Parenthood, because federal women's health dollars could be reappropriated to FQHCs, which do not perform abortion.

There are 9,170 federally qualified health centers compared to about 700 Planned Parenthood facilities, according to the Charlotte Lozier Institute. FQHCs see 21.1 million patients a year, while Planned Parenthood saw 2.8 million people, the institute reported.

The latest example of federal dollars being channeled to support abortion, the law notwithstanding, has undermined some confidence in the FQHCs.

Rep. Diane Black, a pro-life Republican from Tennessee, said, “NACHC didn’t just break the rules; they broke trust with the American people. My constituents expect that federal funding given to our community health centers will be used to protect and enhance people’s lives, not to be a willing partner in their destruction.”

At least two Congressional leaders – the chairman of the House Energy and Commerce Committee and the chair of the House Health Subcommittee – have promised they will take action immediately.

“Federal law demands that taxpayer dollars are never to be spent on abortion activities. Not one penny. Period. But a disturbing report from an independent watchdog reveals that was not the case with brazen pursuits by the National Association of Community Health Centers,” said Congressmen Fred Upton and Joseph Pitts of Pennsylvania, both Republicans. “The law was violated and this shameful failure of trust will not be tolerated.”