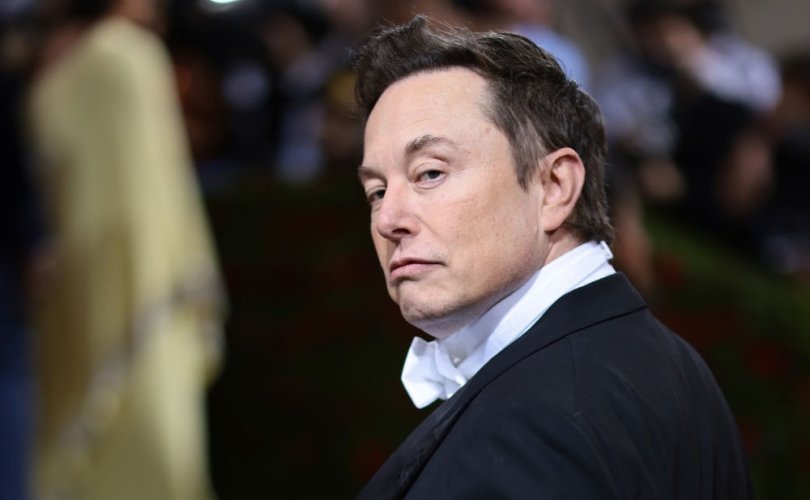 NEW YORK, NEW YORK - MAY 02: Elon Musk attends The 2022 Met Gala at The Metropolitan Museum of ArtDimitrios Kambouris/Getty Images for The Met Museum/Vogue

“The Securities and Exchange Commission [SEC] is probing Mr. Musk’s tardy submission of a public form that investors must file when they buy more than 5% of a company’s shares,” The Wall Street Journal reported Wednesday.

“The disclosure functions as an early sign to shareholders and companies that a significant investor could seek to control or influence a company,” the report explained.

Musk’s disclosure filing on April 4 came at least 10 days after his stake in the company blew past the 5% threshold. Musk has not publicly explained why he filed late.

University of Pennsylvania accounting professor Daniel Taylor told the Journal the delay likely saved the tech entrepreneur more than $140 million, since share prices likely would have soared higher if the public was aware of the extent of Musk’s growing stake in the company.

“The case is easy. It’s straightforward,” Taylor said. “But whether they’re going to pick that battle with Elon is another question.”

The Journal noted that the SEC investigation of Musk’s tardy disclosure filing is unlikely to scuttle the deal, and explained that the agency may still “drop its investigation without bringing civil claims, as not every probe results in formal action.”

Meanwhile, the SEC isn’t the only federal agency looking into the free speech advocate’s Twitter purchase, a decision that has largely been celebrated by conservatives and decried by those on the political left.

Musk’s $44 billion buyout of the social media platform is also reportedly being reviewed by the Federal Trade Commission (FTC).

“Under U.S. merger law, Musk is required to notify the FTC and the Justice Department of the transaction and wait at least 30 days before closing to allow an investigation into potential antitrust concerns,” Bloomberg reported.

“The FTC can ask for additional information, issuing what’s known as a second request, which would further delay closing,” the outlet added.

Musk has faced ongoing criticism from the left for his goal of expanding the limits of free speech on the social media platform, which has become notorious for stifling conservative content and banning right-wing figures.

Meanwhile, conservatives have largely hailed Musk’s anticipated leadership as a positive move for both the platform and the country, giving conservatives more of a voice in the “public square” and broadening the possibility for rigorous political debate.

Earlier this week, Musk once again made headlines for affirming that he would reactivate the Twitter account of former U.S. President Donald Trump if his deal to purchase the platform goes through, even though Trump has said he has no plans to return to Twitter.

“I think [banning Trump] was a morally bad decision, and foolish in the extreme,” Musk said during a Financial Times summit Tuesday, arguing that permanent bans “fundamentally undermine trust in Twitter as a town square where everyone can voice their opinion.”