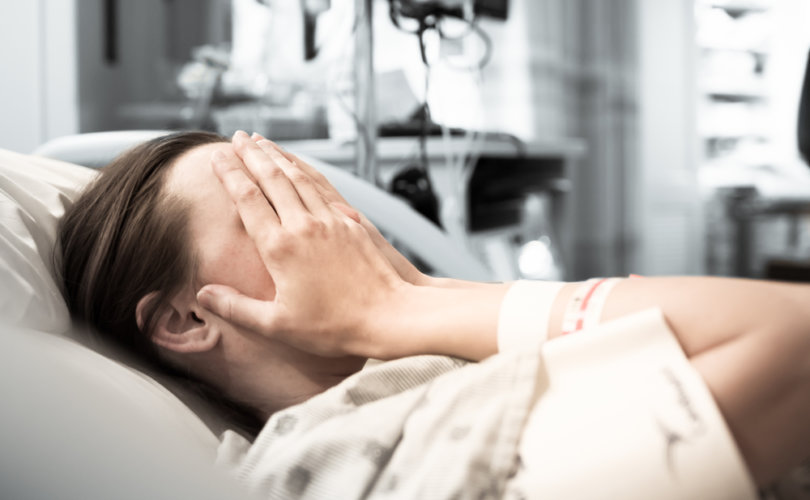 This month, after investigators told the British Pregnancy Advisory Service (BPAS) Middlesbrough abortion clinic in North Yorkshire to make changes to ensure women’s safety, an anonymous 37-year-old woman revealed her terrible experience at the clinic, as reported by Teesside Live.

“I can talk about it and not cry now, but it felt like a punishment for the decision I’d made,” she said. “There just seemed to be no responsibility for it.”

“I saw the story about the clinic and the ‘requires improvement’ rating, and I felt like I needed to open my mouth,” she continued.

“It felt like a kick in the teeth after what happened. I am a grown woman, I have children, I knew something wasn’t right, but what if somebody else thinks that’s normal? I wanted to say what’s happened to me in case my story helps someone else.”

In August 2021, the BPAS Middlesbrough clinic was rated “inadequate,” and it was thought to put women at risk. This year, their rating was little improved as inspectors found the clinic had staffing issues, poor medication labelling, and a lack of procedures to monitor underage abortions.

In February 2018, the Teesside woman was referred to the BPAS Middlesbrough abortion clinic by her general practitioner 8 weeks after her baby’s conception. Following a consultation, she was given a drug to abort the child and was sent home with another pill.

However, after reaching home, she began to feel unwell and called the clinic for advice. She continued to bleed for three months but was told it was an extra-long period.

As she continued to feel unwell, she eventually returned to the clinic where she was scanned. The scan revealed that part of her baby had remained in her body, but the clinic assured her that this was not a problem.

“I thought: I’ve been scanned, [and] they said it was fine. I wasn’t as worried,” she said. “Then I was shopping one day in Asda, and I started shaking. Sweat was dripping off my face.”

“My blood pressure was through the roof, so they sent me straight to hospital,” she continued.

“On the ward, I told them about the termination and that I hadn’t stopped bleeding and was given a [gynecology] appointment and a scan,” she added.

“They found retained tissue and said it had got its own blood supply,” she revealed. “The doctor said they were surprised I wasn’t critically ill in hospital. It had just been left all that time; it could have caused sepsis.”

Following her release from the hospital, the woman was referred to the abortion clinic. The clinic performed another scan, gave her more tablets, and sent her home.

She wrote a letter of complaint regarding her abortion and was informed that the staff member who saw her was no longer at the clinic.

Unfortunately, this British woman is not the only person to have been ill-treated by abortion clinic staff.

In 2021, ambulances arrived at the Hope Clinic for Women in Granite City, Illinois to transport at least three women who had suffered injuries during abortions.

A video obtained by pro-life sidewalk ministry showed a mother being rushed to the hospital by an ambulance after being physically damaged by an abortion.