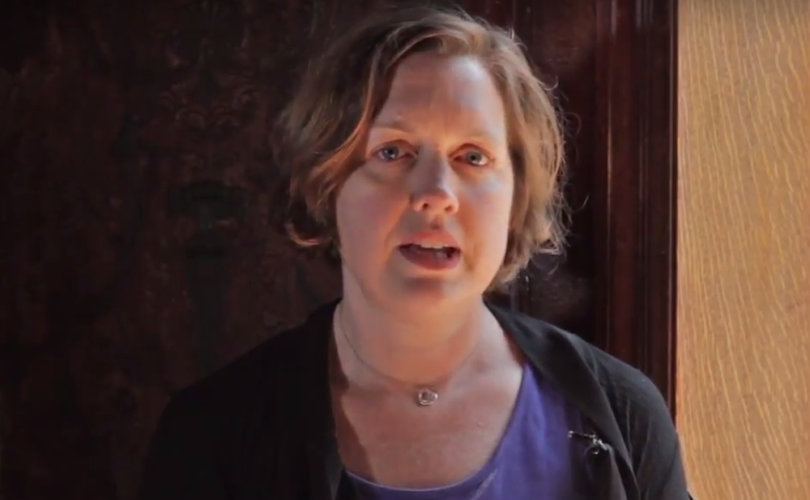 BOSTON, Massachusetts, October 18, 2016 (LifeSiteNews) — An American Baptist pastor says she made the decision to abort her baby “with help from my faith — as many women do.”

Arguing that abortion is a decision made with the help of one's Christian faith and “we need to acknowledge this more than we do,” Susan Chorley reasoned that the child she aborted, her second child, “would be a struggle on our family financially as well as add to the stress of our marriage.”

“I didn’t want to bring a baby into the world that would feel it was a burden,” Chorley explained, adding, “I prayed to God to help me make the best decision I could.”

Chorley believes Christianity “can help us open important conversations about the role of abortion in our lives,” because, citing Planned Parenthood-founded Guttmacher Institute statistics, the majority of women getting abortions say they are religious.

“Faith is so much more than judging right from wrong,” Chorley said.  “Faith is about … how we live our values.”

She then mentions Democratic vice presidential candidate Tim Kaine, a Catholic who supports abortion rights, as an example of faith “evolving.” “Both Governor Mike Pence and Senator Tim Kaine come out of the Catholic tradition — and yet as we saw in the vice presidential debate, their personal beliefs have evolved, shaped by their life experiences, leading them to different end points. … Christian theologies, too, have evolved as new voices, new stories, and new experiences have come to light.”

Chorley does note by implication her preference for the presidential election, saying that pro-choice Kaine is “personally against abortion rights,” but he “follows the law — and (Hillary Clinton’s) policy— in supporting abortion rights.”

Chorley explains that before a “reawakening” of theology in the 1970s, theologians were “white, owning-class men … (and) held a perspective that often disregarded women.”  Since then, liberation theologians, feminist theologians, and “womanist” theologians have “transformed religious movements — and the world.”

Other American Baptist pastors disagree. “This is unbelievable. Abortion is murder, from a biblical standpoint,” Pastor Bud Brown of Faith Baptist Church in Grove City, Ohio, told LifeSiteNews. “We believe that the Holy Scriptures are God's final and sufficient Word in matters of faith and practice. It is inconceivable that God would communicate to an individual in contradiction to His revealed Word.”

Chorley is an ordained American Baptist minister who praises progressive theologians, Pope Francis, and Sister Simone Campbell. Though she was ordained as an American Baptist in 2004, Chorley is senior program director for the Unitarian Universalist Urban Ministry.

She also served as chairwoman of the Religious Coalition for Reproductive Choice in Massachusetts. Chorley is now on a preaching tour, “telling her story from the pulpit at churches around the country” in what she calls a “Pro-Voice Tour.”