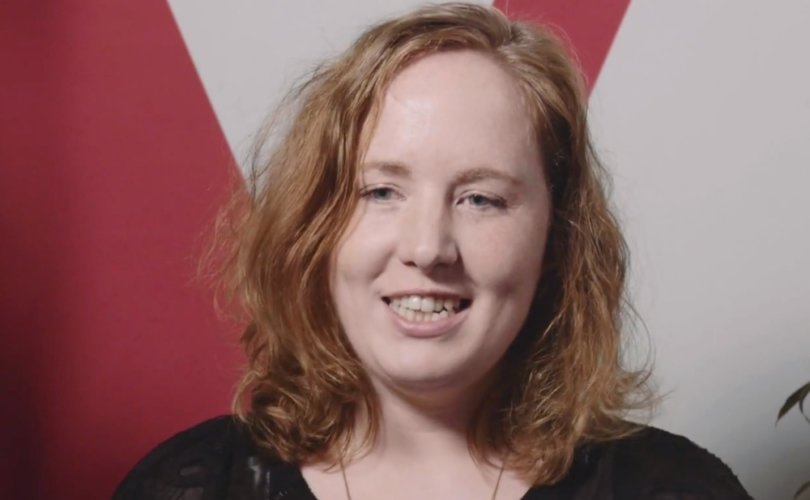 June 10, 2019 (LifeSiteNews) – Abortion “is a form of killing that we need to be able to defend,” a leftist author has argued, calling it “acceptable violence.”

Sophie Lewis, who teaches at the Brooklyn Institute for Social Research, touts her book Full Surrogacy Now: Feminism Against Family as a radical feminist defense of abortion and maternal surrogacy. She argues that more paid maternal surrogacy is needed.

While calling for the abolishing of the family, she refers to motherhood as “gestational labor.” In videos released by leftist publisher Verso, Lewis said, “We need to move away from the focus on abortion as just a form of healthcare, or arguments around when human life begins, and defend abortion as a right to stop doing gestational work.”

Abortion and the abolition of the family can be used to destroy capitalism, she asserts.

Echoing the concern felt by abortion advocacy groups such as Planned Parenthood, NARAL, and the Democratic party, Lewis said, “We're facing a really terrifying attack on abortion.” The publication of her book came just weeks after significant legislation protecting babies with detectable heartbeats was passed in several states, including Georgia and Alabama.

Lewis said that in years past, abortion advocates have tended to use strategies that “included a kind of ceding of ground to our enemies.”

“We tend to say that abortion is ‘indeed very bad, but’ or we say, ‘Luckingly, it's not killing; luckily, it's just a healthcare right.’”

Revealing how concerned abortion advocates are about the possibility of a reversal of the 1973 Roe v. Wade decision by the Supreme Court imposing abortion on demand on the U.S., Lewis said that her side has “very little to lose at the moment when it comes to abortion and I'm interested in winning radically.” Lewis wonders if fellow radical feminists might want to promote abortion by viewing motherhood as “gestational work,” while likening the “acceptable violence” of abortion to workers going on strike.

Lewis goes on to admit, “Abortion is, in my opinion – and I recognize how controversial this is – a form of killing. It is a form of killing that we need to be able to defend. I am not interested in where a human life starts to exist.” She said that a mother’s nurturing of an infant in utero is accompanied by “violence” committed by unborn.

Surrogacy and the abolition of the family

Identifying the practice of maternal surrogacy (women who are contracted to bear children for others) as a $1 billion industry, Lewis argues that it should not be allowed to continue as it is. Rather, it should be radically transformed. The rights of surrogate “gestators” should be expanded, in her view, to acknowledge that they are more than mere vessels of unborn babies. By doing so, the identity and relationship of children to their biological parents is broken down. According to the publisher, “expanding our idea of who children belong to would be a good thing.” A “collective responsibility for children” in place of the natural family based on DNA would “radically transform notions of kinship” and promote the idea that it “takes a village to raise a child.”

Echoing Karl Marx’s call for the abolition of the family, Lewis said of the place of family in the social order: “Capitalism and capitalist states rely heavily on the family as a unit of social discipline, social order, austerity.” Abolishing the family, Lewis said, is about proliferating “relationships of care” beyond the biological ties in traditional families to “xeno-fam” relationships envisioned by radical feminists that are made on the basis of choice. She said that feminists have identified the family as the site of “the overwhelming majority of the rape and abuse that takes place on earth.”

“Comradeliness” and “xeno-fam,” Lewis said, are better alternatives to the natural family.

Lewis holds a PhD in human geography from the University of Manchester, awarded for a thesis “within the antiwork communist tradition as well as historical materialist geographies concerned with the production of nature.” Titled “Cyborg Labor,” it “examined the semiotic and political economy of the contract pregnancy industry.”