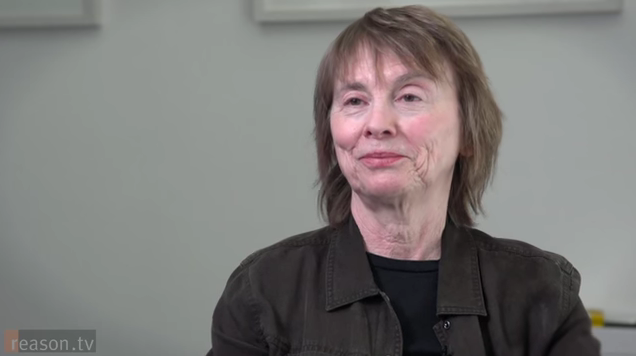 Camille Paglia, is very pro-abortion, but she is up front about the violence of abortion, and she makes no apologies for it.

“I condemn the escalating prescription of puberty blockers (whose long-term effects are unknown) for children,” she flatly stated, adding, “I regard this practice as a criminal violation of human rights.”

Paglia, who is a professor at the University of the Arts in Philadelphia, attributed the rise of transgenderism in the West to decadence and cultural collapse, according to an interview she gave on Brazilian television.

“Nothing … better defines the decadence of the West to the jihadists than our toleration of open homosexuality and this transgender mania now,” Paglia said.

The outspoken 70 year-old further attacked gender ideology, with a side swipe at global warming.

“It is certainly ironic how liberals who posture as defenders of science when it comes to global warming (a sentimental myth unsupported by evidence) flee all reference to biology when it comes to gender,” she noted.

Paglia stated that when it comes to science, transgender ideology has no footing.

“The cold biological truth is that sex changes are impossible,” she said.

“Every single cell of the human body remains coded with one’s birth gender for life,” said Paglia.  “Intersex ambiguities can occur, but they are developmental anomalies that represent a tiny proportion of all human births,” she added.

Though Paglia has described herself as “transgender” for wearing men's clothing, she also said she is “skeptical” about the epidemic fad of transgenderism.

“I think … the current transgender wave … has been produced by far more complicated psychological and sociological factors than current gender discourse allows (to be considered),” she said.

Prefacing her comments with the universally-agreed principle that everyone “should be free from harassment and abuse,” the academic and social critic concluded, “No one deserves special rights, protections, or privileges on the basis of their eccentricity.”

“I reject state-sponsored coercion to call someone a 'woman' or a 'man' simply on the basis of his or her subjective feeling about it,” she asserted.  “We may well take the path of good will and defer to courtesy on such occasions, but it is our choice alone.”

The professor also took a parting shot at fellow academics in “women's studies.”

“Biology has been programmatically excluded from women’s studies and gender studies programs,” she criticized.  “Thus very few current gender studies professors … are intellectually or scientifically prepared to teach their subjects.”

Heat Street reports that Paglia considers transgender promotion part of a marketing ploy by the pharmaceutical industry “in order to create a permanent class of customers who will need to take prescribed hormones for life.”

Paglia's 1990 feminist manifesto, Sexual Personae, argued that both marriage and religion are means to control society.

For over ten years, Paglia lived with lesbian partner Alison Maddex.  In 2007, they separated, though they claim to “co-parent” Maddex's then five year-old son.  “My problem is,” Paglia told The Independent, “I don't get along with lesbians at all. They don't like me, and I don't like them.”