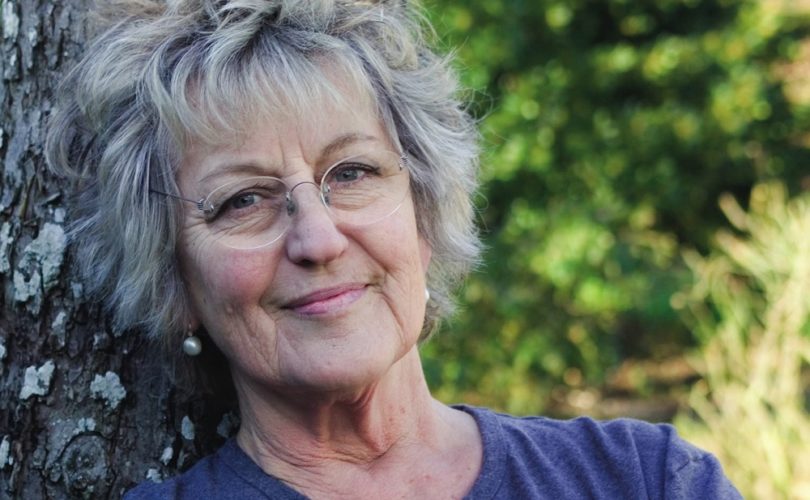 WALES, U.K., October 26, 2015 (LifeSiteNews) – Author and '60s radical feminist Germaine Greer is coming under fire after telling the BBC that transgender “women,” such as Bruce Jenner, are not women and that they don't “look like, sound like, or behave like women.”

Greer was responding to a petition that was being passed around by leftist activists demanding that Cardiff University cancel a lecture by the radical feminist scheduled for November 18 because of her history of making statements questioning transgenderism.

Criticizing Glamour magazine’s decision to name Jenner “Woman of the Year,” Greer told the BBC, “I think misogyny plays a really big part in all of this, that a man who goes to these lengths to become a woman will be a better woman than someone who is just born a woman.”

Greer suggested that Jenner's transition was part of an effort to gain attention in the public eye. “It seems to me that what was going on there was that he/she wanted the limelight that the other, female, members of the family were enjoying and has conquered it, just like that,” she added,

When Greer's comments provoked a backlash, she responded in a strongly worded statement, saying that simply because a man gets his genitals removed and wears a dress doesn't make him a woman. “I’ve asked my doctor to give me long ears and liver spots and I’m going to wear a brown coat but that won’t turn me into a fu**ing cocker spaniel,” she said.

“I do understand that some people are born intersex and they deserve support in coming to terms with their gender but it’s not the same thing. A man who gets his d**k chopped off is actually inflicting an extraordinary act of violence on himself.”

The petition against Greer states that she “has demonstrated time and time again her misogynistic views towards trans women, including continually misgendering trans women and denying the existence of transphobia altogether.”

Greer says many women – including strong feminists – agree with her, but it has become politically correct to propagate the lie that transgenders are whatever sex they imagine themselves to be. “Nowadays we are all likely to meet people who think they are women, have women's names, and feminine clothes and lots of eyeshadow, who seem to us to be some kind of ghastly parody, though it isn't polite to say so,” Greer told The Guardian in 2009.

“We pretend that all the people passing for female really are,” Greer wrote. “Other delusions may be challenged, but not a man's delusion that he is female.”

Greer's first book, The Female Eunuch (1970), became an international bestseller and made her a feminist icon. She argued in the book that women do not realize how much men hate them and how much they are taught to hate themselves. Greer compared women to “beasts who are castrated in farming in order to serve their master's ulterior motives – to be fattened or made docile.” The self-avowed Marxist advocated giving up celibacy and monogamy.

In 1999's The Whole Woman, Greer wrote, “Governments that consist of very few women have hurried to recognize as women men who believe that they are women and have had themselves castrated to prove it, because they see women not as another sex but as a non-sex.”

Greer concluded, “The insistence that man-made women be accepted as women is the institutional expression of the mistaken conviction that women are defective males.”

Greer was appointed as a special lecturer and fellow at Newnham College, Cambridge. While at the school, Greer opposed the official fellowshipping of a male-to-female transgender colleague, arguing that he had been born male and therefore should not be admitted to Newnham, a women's college.

Greer is accurate to say many feminists agree with her.  Many feminists say transgenders merely uphold and reinforce sexist roles.

In 1977, Gloria Steinem wrote that transgenders “surgically mutilate their own bodies” in order to conform to a gender role that is inexorably tied to physical body parts. She famously concluded, “If the shoe doesn't fit, must we change the foot?” Steinem has since repudiated those views.

In 1979, University of Massachusetts-Amherst professor Janice Raymond's The Transsexual Empire criticized transsexualism as based on “patriarchal myths” and the “making of woman according to man's image.” Raymond wrote, “All transsexuals rape women's bodies by reducing the real female form to an artifact[.] … Transsexuals merely cut off the most obvious means of invading women, so that they seem non-invasive.”

In 1997, Sheila Jeffreys, co-author of Gender Hurts: A Feminist Analysis of the Politics of Transgenderism, wrote, “transsexualism should be seen as a violation of human rights.”

More recently, Julie Bindel wrote an article titled “Gender Benders Beware” about trans-regret, concluding, “I don't have a problem with men disposing of their genitals, but it does not make them women, in the same way that shoving a bit of vacuum hose down your 501s [jeans] does not make you a man.”

Other feminists have been less kind. Dr. Mary Daly wrote in her book Gyn/ecology: The Metaethics of Radical Feminism, “Today the Frankenstein phenomenon is omnipresent … in phallocratic technology[.] … Necrophiliacs sense the lack of soul/spirit/life-loving principle within themselves, and therefore try to invade and kill off all spirit, substituting conglomerates of corpses. This necrophilic invasion/elimination takes a variety of forms. Transsexualism is an example.”

Even some transgenders admit that they are not, in fact, women. Miranda Yardley, a male-to-female trans, wrote an honest article in England's socialist daily, The Morning Star, entitled “The conflict between feminism and the transgender movement.” She says that the mantra “'[t]rans women are women' is a dogma that reduces what it means to be a woman to an identity and this erases women's lived reality.”

Yardley argues that natural women should be allowed privacy in public bathrooms and should be allowed even to exclude transgendered men from women's groups. “Women having their own spaces is not about trans exclusion, rather allowing women with shared experiences space to gather, celebrate and heal,” Yardley explained. “Who is harmed by women setting their own boundaries?”

For some, transgender ‘transitioning’ brings unimaginable regret: I would know