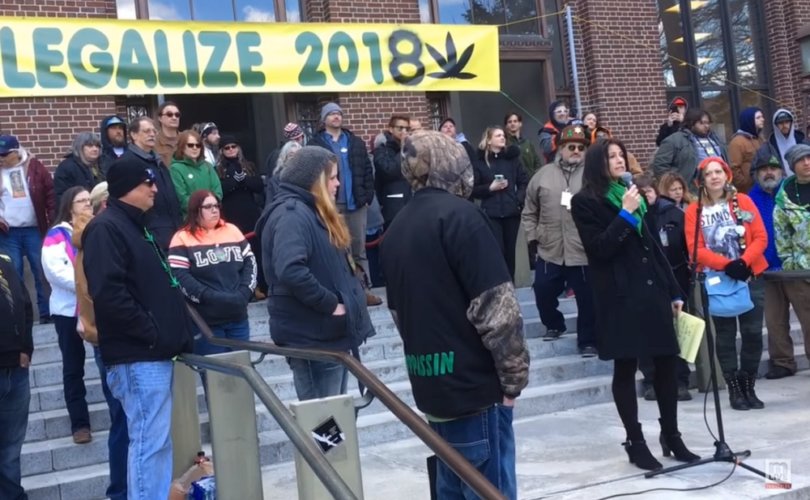 Michigan A.G. Nessel, a radical feminist who is “married” to a woman, stated in an April 15 press release that she sees the Mississippi law as “the beginning of a concerted effort to overturn Roe v. Wade.” Stating that the law would prohibit abortion-providers from killing unborn babies after 15 weeks of pregnancy, Nessel wrote: “The coalition argues that state laws cannot prohibit a woman from her constitutionally protected right under Roe v. Wade to terminate her pregnancy before viability.” Gov. Bryant expressly said at his 2014 State of the State address that he intends to “end abortion in Mississippi.”

Following a challenge to the Gestational Age Act filed by Jackson Women’s Health Organization, a Mississippi district court granted a summary judgment for the plaintiffs and issued a permanent injunction. When the court ruled that the proposed state law violated the right to due process under the 14th Amendment of the U.S. Constitution, Mississippi appealed the district court’s decision.

The attorneys general claim in their brief:

Amici States recognize and share Mississippi's interests in protecting the health of all women, including women of childbearing age. But reducing or eliminating access to safe and legal abortion leads to worse health outcomes for women. Amici States write to highlight some of the ways in which they have promoted women's health, including by expanding access to healthcare services and contraceptives, supporting maternal and infant health care programs, offering educational and counselling services, and taking concrete steps to reduce maternal mortality rates. Their experiences demonstrate that States can advance women's health while still protecting women's constitutionally protected rights. … Safe, legal abortion is an important component of that care; indeed, overwhelming scientific evidence establishes that highly restrictive abortion laws (like the one at issue here) lead to worse health outcomes for women, while failing to lower abortion rates.

The assertions in the amicus brief that abortion improves women’s health may be speculative. According to the United Health Foundation, for instance, Mississippi's maternal mortality rate in 2016 was 26.5 maternal deaths per 100,000 births, dropping to 22.6 in 2018. For the same years, the rate for the U.S. rose from 19.9 to 20.7. UHFC credited the 15-percent improvement to a decrease in tobacco use and an increase in physical activity. According to the Pew Trust, a sharp decrease in maternal mortality has been noted in California when health providers focus on reducing unnecessary Caesarean sections and improving access to adequate supplies and care during deliveries.

In March, Gov. Bryant signed one of the strictest abortion bans in the country. The law is scheduled to take effect on July 1 unless a likely court challenge delays implementation. It outlaws abortion once a fetal heartbeat can be detected, which is at about six to nine weeks of gestation. In a statement, Planned Parenthood Southeast Advocates said that the law is a “de facto ban on abortion — outlawing the procedure before most women even know they are pregnant.” In March, a federal judge ruled against a similar law in Kentucky. The Center for Reproductive Rights tweeted that the “‘heartbeat bill’ is a manipulative misnomer” and added, “These bills actually rob women of their choice to have an abortion before they even know they’re pregnant.”

We will all answer to the good Lord one day. I will say in this instance, “I fought for the lives of innocent babies, even under threat of legal action.” https://t.co/4bHEmCqN74