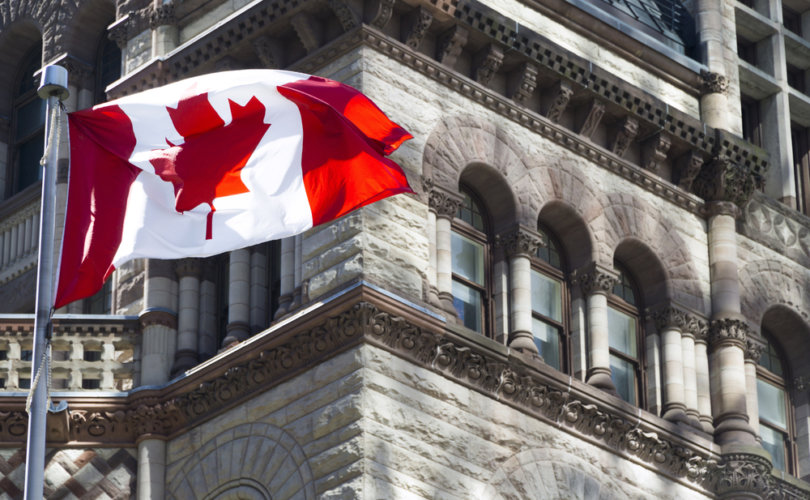 OTTAWA, June 30, 2017 (LifeSiteNews) — Canadian feminists will be stuck singing O Canada! with the word “sons” instead of the politically correct “us” for the country’s 150th anniversary on July 1st after a bill to neuter the anthem unexpectedly stalled in Parliament.

One year ago the House of Commons passed a private members bill (C-21) to replace the phrase in the anthem “in all thy sons command” with “in all of us command.”

But the bill stalled in the Senate after a bipartisan minority of senators opposed the change. Then, a number of Conservative senators recently managed to punt the vote on the bill until, at the earliest, the fall, reported CBC News.

The word “sons” in the anthem honors the approximately 60,000 Canadians, virtually all male, who died in the First World War opposing German aggression. While not in the first English version translated from the original French by Robert Stanley Weir, the phrase was added by Weir in a subsequent version just before that war began. O Canada! became the country’s official anthem using Weir’s updated version by an act of Parliament in 1980.

Conservative Senator David Wells told CBC News this week that a number of senators were doing what they could to make sure the bill “doesn’t pass.”

“I'm trying to protect the tradition rather than, you know, water it down with a politically correct version that is historically inaccurate,” he said.

“I don't misrepresent why I'm [using parliamentary stall tactics] … I don't like this bill, and I will do what I can to ensure it doesn't pass,” he added.

Critics say that once the anthem is tampered with to suit the prevailing ideology of the day, there will be no stopping the changes. They say that next atheists will want the lines deleted “God keep our Land” followed by the indigenous people who will want amended “home and native land.”

Wells told CBC that national symbols must not be altered to adhere to the “flavour of the day.” He added that if changes are needed in the anthem, it should be decided upon by the citizens, not by ideologues in Ottawa.

“I'll be working my hardest to delay this bill until there's a full debate,” he said.

“I get a lot of emails, and many comments to me personally, from people who don't want to see the anthem change, who see it as a part of our tradition and who see this attempt to change it as political correctness run amok. It is a slippery slope. Calls for inclusion will always be there, but my belief is all Canadians are already included in the national anthem,” he added.

Wells said that changing the anthem to make it fit feminist ideology would be as much of an “abomination” as airbrushing females into war images of men in combat that currently hang on the walls of the Senate.

“Would we now airbrush females into those pictures to accurately reflect what it might be today with those pieces of Canadians' history? My answer is no, that would be an abomination, and I think that's what it is with the anthem as well,” he said.

If the Senate decides to amend the bill, it would then be sent back to the House to approve the change. But since the original sponsor of the bill is now deceased, MPs would have to all agree upon a new sponsor, or let the bill drop. Given the unlikelihood of unanimous agreement of a new sponsor among MPs, an amendment to the bill in the Senate would likely spell the bill’s end.