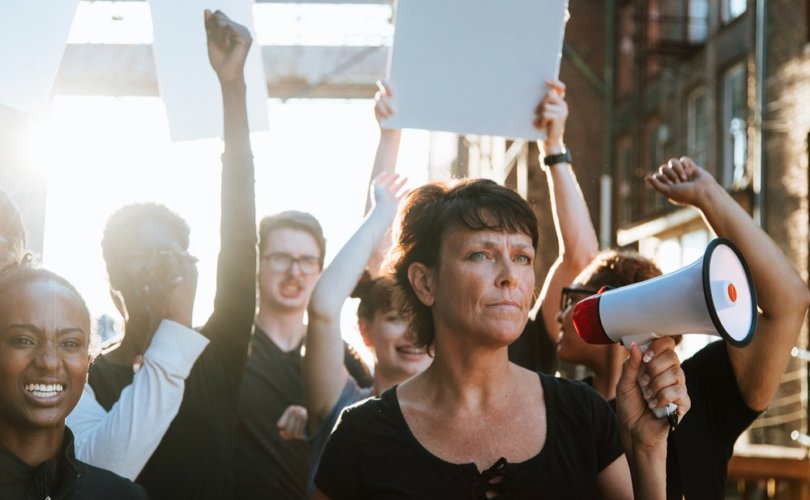 NEW YORK, March 13, 2020 (C-Fam) — There was hardly any applause as speakers delivered remarks at the scaled down Commission on the Status of Women on Monday. The disappointment was palpable in the General Assembly Hall.

“It is a stark contrast to the opening sessions of previous years. We can all see that something is missing. In this hall, and throughout the UN,” said Norwegian UN Ambassador and President of the Economic and Social Council this year Mona Juul.

The novel coronavirus, COVID-19, outbreak forced the commission to cancel and postpone much of the annual event. UN member states decided to only hold the business portion of the two-week conference during a two-hour meeting on Monday in order to adopt a political declaration on the 25th anniversary of the Fourth World Conference on Women, held in Beijing in 1995. But no one seemed to be celebrating.

UN officials and governments lamented that most of the annual commission was postponed or cancelled, and, through euphemisms and veiled criticism, they complained about “the pushback” to an international right to abortion from the Trump administration and other governments around the world.

“Women’s access to sexual and reproductive health services is far from universal,” UN Secretary General Antonio Guterres pointed out at the outset.

“We must push back against the pushback,” he emphasized, repeating what has now become a signature phrase of his and a veiled swipe at the Trump administration and U.S. pro-life foreign policy.

This year, however, some governments were especially critical that these common code words for abortion were not included. Among the disgruntled nations were the Nordic countries, all EU member and aspiring member states, fifteen Latin American countries known as the Santiago Group, and South Africa.

An estimated 12,000 women had planned to attend the commission due to the planned anniversary commemoration of the Beijing conference. The 1995 meeting was a milestone event in international politics for feminists, not least for cementing the inclusion of abortion in UN policy.

Each year, thousands of women from around the world converge at UN headquarters in New York for the Commission on the Status of Women for two weeks of non-stop conferences and networking, aimed at solving the problems of the world’s women. It is a lively affair with a festival-like atmosphere, the largest annual global feminist event, and second largest annual UN event.

Abortion groups, who are among the most well-funded and visible of the feminist groups, control much of the agenda of the conference. This year there were none of the usual cheers and jeers to support abortion and intimidate the Holy See or others making pro-life statements. Activists and diplomats appeared disoriented. The event was unrecognizable from past sessions.