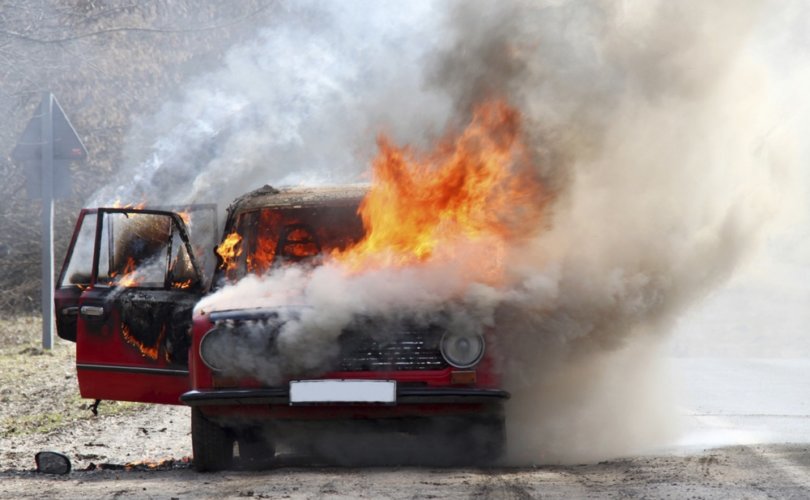 January 7, 2019 (Society for the Protection of Unborn Children) — Pro-abortion activists have set a German pro-life journalist’s car ablaze, after he encouraged readers to attend the German March for Life. Responding to the attack, Michael Robinson, SPUC Director of Communications said: “The pro-life movement continues to make progress across Europe. However, as the pro-life movement advances, so do attacks on pro-life people. We will not be bullied into silence.”

The German journalist, Gunnar Schupelius, had his car set ablaze and the location of his home circulated by the extremist group Feministische Autonome Zelle, who are unapologetic about their violent tactics.

In an online post, the group rejoiced in the attack saying: “Every year he heavily promotes the March for Life…We torched his SUV today.” The group continued to reveal the journalist’s home location stating that he “lives there with his children.”

Mr Robinson said: “The pro-abortion lobby are attempting to frighten pro-life people into silence. We will not be intimidated as we continue our entirely peaceful work as we seek to restore a culture of life.”

Pro-life advances in the United Kingdom have also been evident. 2019 saw over 5000 people attend the London March For Life, whilst recent pro-life demonstrations in Northern Ireland attracted over 20,000 people. And SPUC’s pro-life youth conference is expected to attract a record number of attendees in 2020

In addition, 2020 commenced with a huge victory for UK pro-lifers as the country’s oldest abortion clinic based in Birmingham closed; and the increase in pro-life societies present on University campuses is being widely reported on.

The Escalating Attacks Against Pro-Life People

Acts of aggression aimed at pro-life people across the country during the past year have been recorded in Manchester, Cardiff, Nottingham and London.

Mr Robinson said: “Over the past year, we have seen a rise in hostility against pro-life people by pro-abortion extremists. These attacks arise from their fear of a pro-life movement which is strong and is unmistakably advancing.”

SPUC has been reporting on the spiralling acts of aggression committed against pro-life people across the UK.