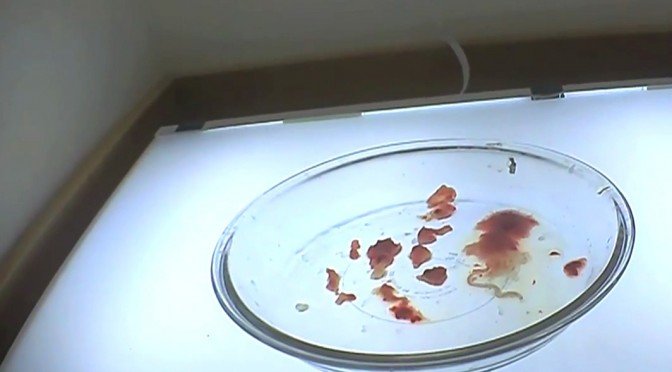 UPDATE, August 24, 2020: This report has been updated to cover a potential objection to the one study the board did approve.

WASHINGTON, D.C., August 19, 2020 (LifeSiteNews) – The National Institutes of Health’s (NIH’s) Human Fetal Tissue Research Ethics Advisory Board has released an update on its work reviewing applications to fund research using tissue and organs from aborted babies, revealing that it has recommended against giving taxpayer dollars to 13 of 14 proposals.

The 15-member board has released its report on its July 31 meeting for fiscal year 2020, which reviewed 14 research proposals involving human fetal tissue (HFT) and voted on whether they would be recommending that Health and Human Services (HHS) Secretary Alex Azar approve or reject their appeals for federal funding.

“The Board assessed considerations as to whether the nature of the research involved is such that it is unethical to conduct or support the research,” the report explained. “In doing so, the Board assessed, among other things, the scientific justification for the use and quantity of HFT proposed and the use of alternative models; (and) reviewed and verified the core ethical principles and procedures used in the process for obtaining written, voluntary, informed consent for the donation of the tissue.”

“Ultimately, the Secretary will make any funding decisions based on the recommendations of the Board, as it pertains to components of the proposals that use HFT,” the report stressed

The report does not detail the research proposals it reviewed, but does detail the objections they raised, offering a window into their criteria. Among the things they faulted rejected projects for were failure to specify how much tissue they wanted to use, failure to adequately explain why there was no other alternative than fetal tissue, concerns about the proposals’ informed consent procedures, inadequate safeguards to ensure tissue suppliers would not illegally profit off selling the tissue, and more.

The one proposal that the board approved, the report noted, stated that researchers planned to “use preexisting HFT stored in a biorepository and collected according to guidelines” instead of tissue procured fresh from abortions, “ with no need to acquire additional tissue for the planned studies.”

It is unclear, however, whether the biorepository in question only stores tissue obtained from miscarriages, or if any of it came from past abortions. The report also says that some expressed concern about the lack of “explicit text assuring the donor that medical procedures would not be altered regardless of donation decision” or addressing the “separation between the decision to donate and the decision to terminate,” raising the question of why that would be a consideration if the study does not rely on abortion procedures.

Finally, the report ends with a disclaimer noting that two unidentified board members disapproved of the board’s recommendations on the grounds that it was “clearly constituted … so as to include a large majority of members who are on the public record as being opposed to human fetal tissue research of any type.” Among the board’s members are Dr. Maureen Condic, a pro-life neurobiologist with the University of Utah, Catholic Medical Association Ethics Committee co-chair Dr. Greg Burke, and Dr. David Prentice, vice president and research director of the pro-life Charlotte Lozier Institute.

The review of fetal tissue proposals fulfills a promise the Trump administration made after a 2018 scandal in which a Food & Drug Administration (FDA) notice surfaced detailing a contract to the fetal tissue procurement firm Advanced Bioscience Resources, Inc. (ABR) to acquire “Tissue for Humanized Mice.” Specifically, the experiments entailed implanting human thymus and liver tissue and stem cells from a human liver into a mouse to give it a more human-like immune system for the purpose of testing drugs.

Dozens of pro-life leaders and House members successfully pressured the FDA and HHS to terminate the contract, but concerns remained over nearly $100 million in tax dollars that continued to pay for other research using tissue and organs from aborted babies. In response, the Trump administration pledged to review the relevant funding via listening sessions with scientists, ethicists, and pro-life groups on the research.