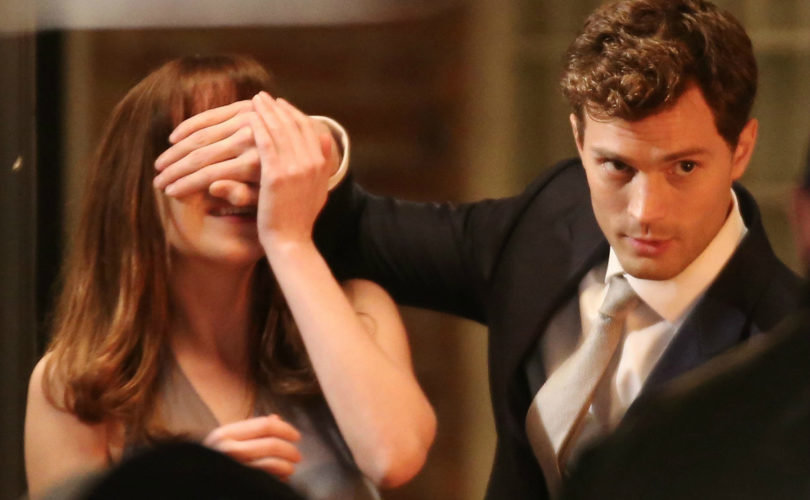 Feb. 14, 2015 (LifeSiteNews) – Valentine's Day is dedicated to celebrating romance, love, and respect. And today, more than 100,000 people have declared their intention to stand for true love by boycotting the 50 Shades of Grey movie, which they say promotes “misogyny, abuse, and sado-masochism under the guise of ‘romance.’”

As the newly-released movie continues to receive poor reviews, the grassroots petition launched by LifeSiteNews has picked up steam, gathering more than 60,000 signatures in the last 10 days alone.

“The success of our petition simply reflects the growing concern from surprisingly diverse groups about the serious problems with the 'Fifty Shades of Grey' phenomenon,” said LifeSiteNews Editor-in-Chief John-Henry Westen.

“Whether it's from feminists opposed to how the movie portrays Anastasia, social conservatives and religious leaders opposed to its pornographic imagery, or domestic violence groups opposed to the movie's disturbingly positive portrayal of stalking and physical abuse, this movie has already gathered significant criticism,” said Westen.

“The fact is that the kind of relationship portrayed in 'Fifty Shades of Grey' has nothing in common with kind of romance that Valentine’s Day stands for, which makes the Valentine’s weekend release nothing short of ironic.”

LifeSiteNews is also leading a coalition of groups that are encouraging a boycott of the movie. The coalition partners include the National Center on Sexual Exploitation (NCSE), the Media Research Center, the Family Research Council, and the Millennial-focused website Counter Cultured.

Opposition growing to 50 Shades: expected to be most graphic R-rated film in years