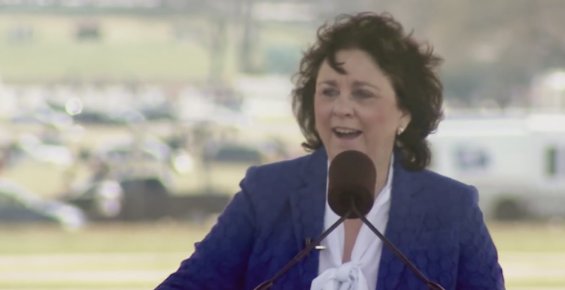 LAKE CHARLES, La., December 22, 2019 (LifeSiteNews) – The Ruth Institute is once again encountering difficulty in securing the services of an online donation processor because of its orthodox Christian views regarding marriage, family, and human sexuality.

The Ruth Institute is a global non-profit organization that seeks to create “a mass social movement to end family breakdown by energizing the Survivors of the Sexual Revolution,” paying special attention to the needs and rights of children.

In late August, the Ruth institute was notified that its online donation processor, Vanco, had discontinued providing services to the pro-family, pro-children’s rights organization for allegedly promoting “hate, violence, harassment or abuse.”

At the time, Dr. Jennifer Roback Morse, the Institute’s founder and president, said, “[Our] primary focus is family breakdown and its impact on children: understanding it, healing it, ending it. If this makes us a ‘hate group,’ so be it.”

“The Ruth Institute is listed on the Southern Poverty Law Center’s ‘Hate Map,’ which was recently in the news,” continued Morse. “We have been on this ‘Hate Map’ since 2013. To the best of our knowledge, no one has ever been inspired to riot or shoot anyone by our activities.”

Now, a different donation processor may be using similar tactics against the pro-family group.

Benevity is a company that facilitates employer matching donations. Someone wanted to ask his employer to match his donation to the Ruth Institute, so he asked the organization to sign up with Benevity.

“We make it easier for nonprofit organizations to establish their eligibility for our client’s corporate giving programs, reducing the burden on charities while enabling companies to adhere to their own program guidelines,” claims Benevity on its website.  “We’ll determine if an organization is a registered charity in good standing, assess whether the charity meets eligibility guidelines, ensure they are not on relevant watch lists and that they comply with non-discrimination, anti-bribery and secular fund uses.”

Disagreement on what constitutes ‘discrimination’

According to a posting on its website, The Ruth Institute filled out an application and waited for a response.  They were surprised that rather than being immediately accepted for the program, Benevity expressed concern about supposedly problematic statements on the Ruth Institute website.

Benevity suggested that the Ruth Institute is discriminatory because it didn't appear the pro-family advoacy group would be open to running programs for homosexuals or abortion and contraception advocates.

In particular, Benevity pointed to the fact that the Ruth Institute said on its application that it does not discriminate, yet “Upon checking your website and related blog posts, we thought it would be pertinent to reach out to you to check [w]hat you meant … would it mean for example, that your organization would be fine with hiring or running programs for homosexual people, people who did not agree that abortion is wrong, or those who advocate the use of contraception etc.”

“Is this correct?” continued the letter. “It would seem from reading your website and associated links that your organization does not support such views and presumably wouldn't hire or run programs supporting those who do.”

Benevity’s Charity Relations Specialist, Richard Paxton, responded: “Some of our clients will prohibit their employees from donating to and/or receiving matches for organizations which limit the people they help on the basis of their sexuality, beliefs around sex before marriage, contraception etc.”

Morse explained to Brevity’s Paxton, “I am unaware of any statute or case law that prohibits ‘discrimination’ based on ‘beliefs around sex before marriage, contraception, etc.’”

“Holding certain beliefs is not an immutable characteristic,” Dr. Morse continued. “Holding certain beliefs does not make one a member of a protected class, as far as I am aware. On what basis then do you include ‘beliefs around sex before marriage, contraception and especially the open-ended category, ‘etc.’ in your anti-discrimination question?”

Paxton countered, “We did find some content on your website and subsequent posts which suggest clearly that certain groups are excluded from attending some of your programs on the basis of their religion.”

The example he gave was a statement at the end of a post on the Ruth Institute's website:

Paxton explained that this would contradict the Ruth Institute’s self certification that it is not discriminatory.

In the end, the Ruth Institute revised its application, forced to answer “yes, we do discriminate.”

“We could have withdrawn our application altogether. I chose instead, to fill it out, under duress, as it were,” Dr. Morse elaborated.  “I wish to state in no uncertain terms: I do not agree with the definition of ‘discrimination’ presented to me in this correspondence. In my mind, we do not ‘discriminate’ against anyone. Please notice that my request for clarification about whether holding views on ‘contraception,’ ‘abortion’ or especially ‘etc.’ constitutes discrimination did not receive any response whatsoever.”

It is unclear if any church-based ministry would meet Benevity’s standards for non-discrimination.