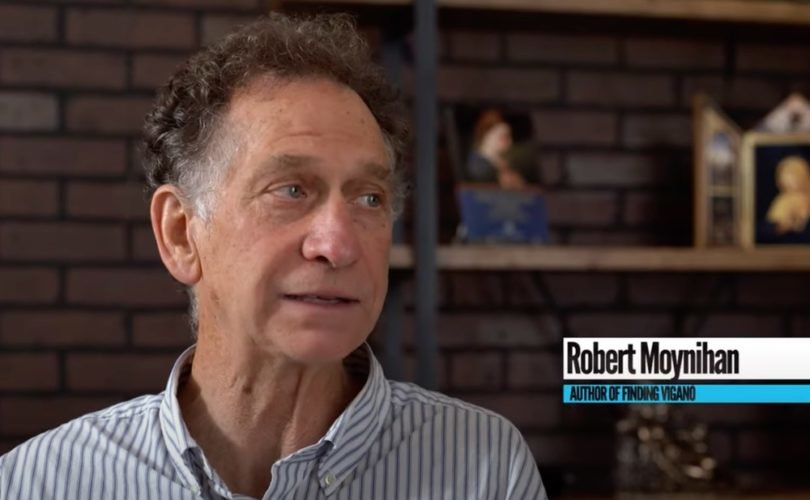 July 23, 2021 (LifeSiteNews) – A veteran Vatican journalist believes that Pope Francis’s new legislation against the Traditional Latin Mass will, despite its aims, lead to the classical rite’s flourishing.

In a recent interview with LifeSiteNews, Robert Moynihan, founder of Inside the Vatican and author of Finding Viganò, suggested both that the Pope’s new restrictions on the traditional liturgy will prompt a resurgence in the usus antiquior and that they are a result of a liturgical revolution which works in tandem with a desire to promote “a new humanity without this idea of God.”

Chatting with LifeSite’s Jim Hale about Pope Francis’s recent motu proprio Traditionis Custodes (TC), Moynihan said he was not surprised by the document, which imposed heavy chains upon the traditional liturgy of the Catholic Church. He noted the growing number of reports which had warned the motu proprio was coming, as well as comments made by high-ranking members of the Curia about the “end of the Old Mass.”

“It doesn’t end the Old Mass, but it tries to halt its growth,” said Moynihan of TC, before adding a surprising note of hope. “I think, in a way, it’s the best thing that could have happened.”

— Article continues below Petition —
SIGN: Show Pope Francis the Latin Mass will survive any suppression
Show Petition Text
36218 have signed the petition.
Let's get to 40000!
Thank you for signing this petition!
Add your signature:
Show Petition Text

“I think the love of the Old Mass will now be rekindled in a sense due to the attempt to repress it,” said Moynihan.

Saying that many in the Church have been in a “sleep-walking state” because few realized the importance of the Old Mass, Moynihan suggested that the “attempt to crush it entirely” will prompt the opposite effect, resulting in a resurgence in the traditional liturgy.

Moynihan shed light on the liturgical revolution which spread through the Church in the years following Vatican II and discussed how it has led to the promulgation of TC.

The process was spear-headed from the 1940s to the1970s by an influential Vatican cleric, Monsignor Annibale Bugnini. Bugnini held many curial positions, among which were his roles as the secretary of the Preparatory Commission for the Liturgy for Vatican II, later the secretary of the Council for the Implementation of the Constitution on the Liturgy, and the secretary for the Congregation for Divine Worship.

As head of the liturgical reforms, Bugnini promulgated the “revolutionary step” of changing the Mass of the Catholic Church, and is thus described as the architect of the Novus Ordo, or new Mass.

“The man who made the decision, really above all others, to change the Mass is Bugnini,” Moynihan stated.

In a preliminary attempt to understand Bugnini’s rationale for deconstructing the Church’s liturgy, Moynihan referenced a discussion he once had with an elderly archbishop about the revolution of the liturgy in the 1960s.

The prelate told Moynihan the famous tale of Archbishop Bugnini’s briefcase: how during a meeting of the Liturgical Commission, an unattended briefcase was left in the room. When no one claimed ownership of the case, the clergy opened it and found a letter addressed to Bugnini and signed by the Grand-Master of the Italian Freemasons Council.

Moynihan warned that he could not fully verify the accuracy of the account, but testified that the tale, as he himself repeated it, was true to what he had been told by an archbishop who was present and is still alive. When Moynihan re-approached the archbishop recently on the same issue, the prelate told him that he “cannot speak any further, ever again on these matters,” alluding to possible orders from high-ranking officials in the Vatican.

Attacks on the liturgy underpinned by a rejection of Christ

This liturgical revolution and its impact upon Pope Francis’s actions will be explored more deeply as Moynihan researches and writes about it in his regular “Moynihan letters.” For the time being, the author notes that the revolution is now linked to the “secularized” desire to “reset everything” in light of the global upheaval of COVID-19.

“Part of the goal seems to be to shut off any access to another story…to the place where you can confront God,” he said.

This place is most prominently “in the Church,” where God bestows “forgiveness.”

“If Christ is no longer in the picture…we have no longer the sacred in the world, we have only the secular,” Moynihan declared.

The veteran Vatican journalist agreed that opposition to the traditional liturgy, seen especially in Traditionis Custodes, is born at least partially out of “fear” from certain members of the Church, who see the flourishing of Tradition as promoting a “narrow mysticism which is better to be suppressed.”

However, such an explanation of the attack on the traditional liturgy is “the best construction,” added Moynihan, who suggested the attack could be something more sinister.

“It could also be what I’m now describing as an actual suppression of an opportunity to reach towards God, toward the transcendent, toward eternal life, which the globalists, the secularists, the people who imagine a new humanity without this idea of God, are very excited about accomplishing,” he said.

Comparing this to the Communists’ rise to power in Russia, where they “dynamited the Church,” Moynihan suggested that opposition to the Church’s Tradition is fuelled by viewing the traditional liturgy, and the entire Tradition of the Church, as “a barrier to their total power to control all people.”

“The battle is ultimately a question of what is a human being,” Moynihan stated. He reflected that the Church teaches that man is a “soul [and] body, that’s in the image and likeness of God that yearns to be in relationship with that God…The secular view is that there is no such thing.”

He urged people to have recourse to “the sources,” so that in times of hardship “we try to reform our own souls and then we commit ourselves more fervently than ever to what we find to be the treasures of the Church, to defend those treasures, to never accept that the altars be entirely stripped.”

Renewing his message of hope despite the many attacks on the Church’s Tradition, Moynihan reminded Hale that “stormy waves” can be a beneficial time for the Church.

“In a certain sense the stormy waves are good – when you’re in a serene time maybe your faith becomes a little bit complacent,” the author said.

“I think we all have to go back to the deepest things we know, reaffirm them,” he continued.

“I think the great fruits of this time will be remarkable, but it may be that we will pass through a great period of crisis.”

Referring to the passion and death of Christ, Moynihan observed that the Church too “has to pass through that passion.”