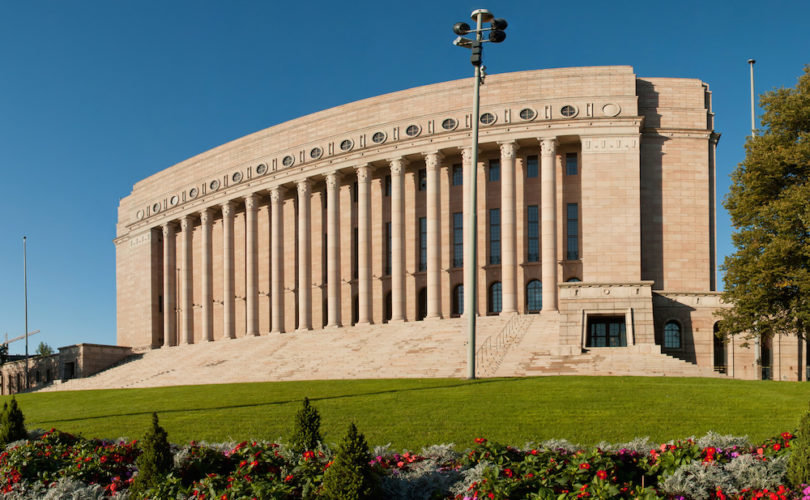 HELSINKI – Pro-family advocates are declaring at least a temporary win against the encroachment of the gender ideology in Finland with the defeat of a citizen’s initiative that would have created “gender-neutral” marriage.

The proposal to change the definition of marriage was rejected in a vote on June 25 of 10 to 6 by the Finnish Parliament’s Legal Affairs Committee. The committee instead elected to send the measure on to be considered by the full house of Parliament in autumn. To date, Finland is the last Scandinavian country not to have changed its marriage definition to include same-sex partnerings.

The measure was brought forward in February this year after a petition gathered 166,000 signatures to launch the citizen’s parliamentary initiative under a 2012 law. A previous attempt last year had been stopped by a coalition of MPs from the Finns Party, Christian Democrats, Centre and National Coalition while recent polls showed public support for the change stands at about 65 percent of the country’s 5.4 million people.

“It just wasn’t ready,” Holmlund told YLE.fi, the Finnish national news service. “All the experts we asked said that the specific legislation proposed in the initiative is technically non-viable.”

The US-based campaign group MassResistance congratulated the Finnish opponents to the measure, saying it was defeated by distributing their materials to all parliamentarians. In addition, a half-hour MassResistance video titled, “What ‘gay marriage’ did to Massachusetts” was broadcast on national television with Finnish subtitles.

Since 2002, Finland has had legal registered partnerships for same-sex couples that grant most of the rights and responsibilities of natural marriage, with adoption rights being the main exception. In 2007 lesbian couples were allowed to have artificial procreation treatments like IVF, and same-sex partners were allowed to adopt each other’s children in 2009.