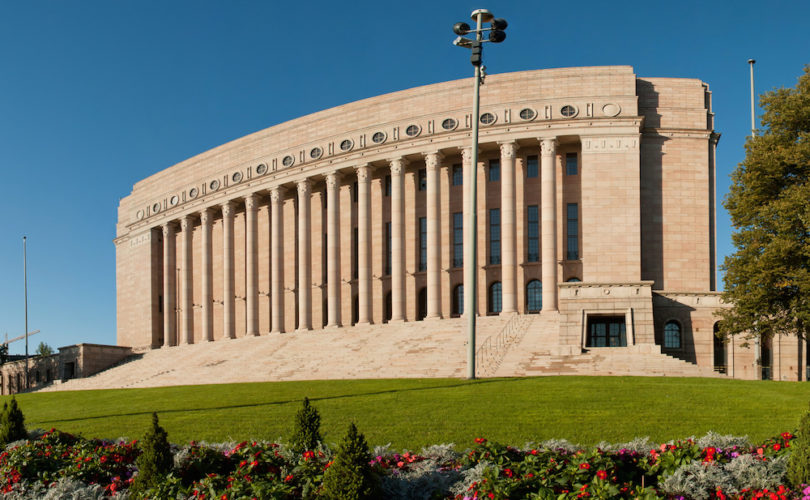 Finland's parliament narrowly approved a measure on Friday to legalize same-sex “marriage” by a vote of 105 to 92, touching off a mass exodus from the official state church.

The new law, which also gives homosexual couples the right to adopt children, had been endorsed by the head of the Finnish Lutheran Church, touching off heavy backlash and a torrent of resignations by members of the denomination.

Kari Mäkinen, the Lutheran Archbishop of Turku and Finland, commented on Facebook that he “rejoiced” after the legislation passed. “I know how much this day means for rainbow people, their loved ones and many others. I rejoice with my whole heart for them and with them,” Mäkinen wrote. “We are in the same situation as our neighboring Nordic Churches: our concept of marriage needs a fundamental examination. Speaking for myself, I think it is time for reconsideration.”

By late Saturday, one day after the vote in parliament, almost 8,000 people had officially resigned from the state-supported Lutheran Church, citing disapproval of the archbishop’s comments as their reason for leaving.

Although Finland created same-sex civil partnerships in 2002, it retained the traditional definition of marriage and restricted adoption of children to couples in natural marriage.

Prime Minister Alexander Stubb said in an open letter before the vote that, “Finland should strive to become a society where discrimination does not exist, human rights are respected, and two adults can marry regardless of their sexual orientation.

Mika Niikko of the nationalist Finns party responded that the legislation jeopardizes future generations, arguing that all children should have the right to a mother and father.

“This is a question of the future of our children and the whole society, and such changes should not be made without thorough evaluation of their impact,” Niikko said.

A citizen’s initiative to create “gender-neutral” marriage was brought forward in February after a petition gathered 166,000 signatures.

This petition initiative to change the definition of marriage was rejected in a vote on June 25 of 10 to 6 by the Finnish Parliament’s Legal Affairs Committee. The committee instead elected to send the measure on to be considered by the full house of Parliament this fall.