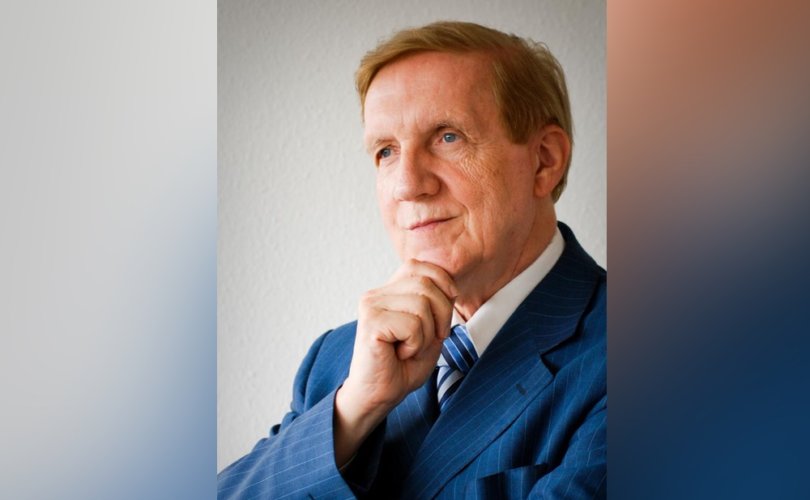 GRANADA, Spain, September 6, 2017 (LifeSiteNews) — Renowned Catholic philosopher Dr. Josef Seifert said that a “strict obligation” to serving the Pope and the Church required him to publish a critique of Pope Francis’ exhortation on marriage and family that resulted in him recently being fired from his Catholic university by the local archbishop.

Seifert, in an interview with OnePeterFive, said that when his friend and fellow intellectual Rocco Buttiglione outlined for him how the Pope’s 2016 Exhortation Amoris Laetitia would be used to overturn Catholic teaching against the evil of contracepted sex, it “shook me up profoundly.”

In an article published online last month, Seifert called the Pope’s 2016 Exhortation Amoris Laetitia (AL) a ticking “theological atomic bomb” that has the capacity to destroy all Catholic moral teaching.

MUST READ:​ Amoris Laetitia is a ticking ‘atomic bomb’ set to obliterate all Catholic morality: philosopher

In his article, the philosopher argued that if Pope Francis believes that adultery — to quote the exhortation — “is what God himself is asking” of couples in “irregular” situations, then there is nothing stopping any other intrinsically evil act, such as contraception and homosexuality, from eventually being justified.

The Church teaches that the use of contraception (including the pill, condom, withdrawal, and other methods) is an “intrinsically evil” act, meaning that it is always and in every instance gravely immoral. The Church definitively laid out this teaching in Pope Paul VI’s 1968 Encyclical Humanae Vitae. Pope Saint John Paul II explained the reasoning behind this teaching during his Wednesday audiences, what are now collected in a book and commonly referred to as Theology of the Body.

Seifert said in the interview that if Pope Francis is right, and God can sometimes ask people to perform evil actions, then there is no evil action immune from at one time or another becoming justified as part of ‘God’s will.’

“Or that even God, in the complexity of their concrete situation, wills them to use contraception and sterilization, instead of temporary abstinence, because this abstinence can lead a husband or wife to commit worse sins?” he added.

“I am convinced that pure logic dictates that, if Pope Francis does not revoke the teaching I analyze in my latest article, and if he does not answer the dubia of the Cardinals, to the clear effect that there are intrinsically evil acts, and that these acts are never justified in any situation, Humanae Vitae will be interpreted as an ideal that cannot be demanded from everybody; and that, after discernment, those who practice contraception (with or without abortive effects), can be admitted to the sacraments and that God himself, in some difficult situations, wants them to use contraception,” he said.

Seifert said that the Pope’s statement about God sometimes willing evil “shocked me deeply because it seemed to prove that the changes of moral teaching in AL potentially went much, much farther than anyone in the current debate (including the Pope and myself) had ever considered.”

“The thought that all these true doctrines [of Catholic sexual morality] would be revoked, relativized, or undermined by simply applying the logic to the quoted remark of AL, troubled me deeply,” he said.

“I felt obliged to write this, in order to avert a moral-theological destructive atomic bomb that could make the whole moral teaching of the Church crumble. Thus, I had the intention, by posing this question with the greatest possible clarity, to provide an aid to the Magisterium of Pope Francis to prevent such a damage,” he added.

Seifert said that he was compelled to write his article because the “logical and potential consequences of this one affirmation [found in Amoris Laetitia] that I saw in my inner vision were so terrible.”

But Seifert’s local archbishop did not share these concerns. Archbishop Javier Martínez Fernández related in an August 31 public statement that Seifert’s removal was spurred precisely by his recent article. He said the article “damages the communion of the Church, confuses the faith of the faithful, and sows distrust in the successor of Peter, which, in the end, does not serve the truth of faith, but, rather, the interests of the world.”

When asked if he already sees destructive consequences unfolding within the Church due to the confusion caused by Amoris Laetitia, Seifert replied that he worries that the Exhortation could even result in the damnation of some souls.

“If only one or some, let alone most, of the many couples in ‘irregular situations,’ who now receive the sacraments commit a sacrilege and a serious sin, obviously destructive spiritual consequences of AL happen, and the words of Christ to a 'vidente' (a seer) in Granada are true, according to which these ‘gravely erroneous teachings’ lead many souls the way to hell,” he said.

“Moreover, grave harm to souls is caused, if now some seminarians do not want to become priests, because they see themselves forced, against their conscience, to give the sacraments to remarried Catholics whose marriage has not been declared null by the Church. They are told the doors of the seminary stand wide open. If they do not want to accept this, they should leave. Thus many of the best future priests leave and will not do their wholesome work for souls,” he added.

When asked if there was any merit to the harsh criticisms levied against the four dubia cardinals (two of whom have passed away within the last two months) for bringing their own concerns to Pope Francis, Seifert replied that they acted “with full justification.”

“I think the four dubia Cardinals (three of whom I consider friends and one of whom is my close friend since 37 years) have acted according to their conscience, with great restraint and respect for the Pope, and with full justification,” he said.

“I think that the critique of them for their dubia is profoundly mistaken, and that, even worse, maligning these wonderful men of the Church is a great sin,” he added.

Seifert said the remaining two Cardinals ought to be joined by the whole College of Cardinals to ask the Pope to give a “final clear and unambiguous answer to these dubia, an answer that might restore clarity and truth, and dispel the immense confusion that reigns now and which nobody who has eyes to see and a mind to think, can deny.”

“Not the dubia, but not answering them in the truth and with unambiguous clarity, sows distrust in the Pope and confusion,” he added.