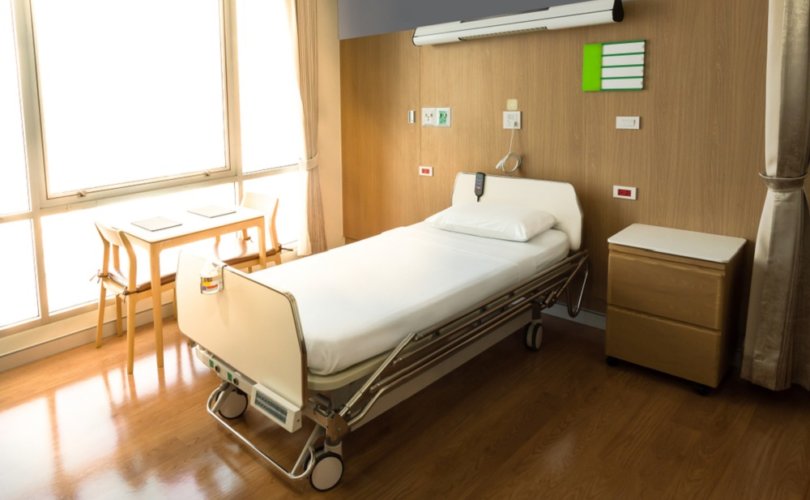 (LifeSiteNews) – The firing of un-jabbed healthcare workers in the Canadian province of British Columbia (B.C.) made an already existing hospital staffing shortage crisis worse, with one worker describing it as a “nightmare” scenario.

According to an Epoch Times report, an employee named Jay, who works at Eagle Ridge Hospital in Port Moody, said the hospital was already short on staff, even before COVID.

Jay said the government and media keep saying “the unvaxxed patients are taxing the system,” when in reality it is due to a lack of workers.

“I keep saying to people, it’s a staffing crisis,” said Jay, according to The Epoch Times, adding, “what they’re really not telling people is there’s already an existing staffing crisis.”

“That’s exacerbated by people getting stressed and burnt out,” she added.

At Menno Place, a long-term care facility in Abbotsford, chief executive officer Karen Biggs said that they are losing “sleep at night” and the whole staffing situation has been a “nightmare.”

Biggs said, as reported by The Epoch Times, that she has lost a total of 19 casual employees due to the COVID jab mandates. She said that trying to get workers from an already small employee pool is a difficult task.

The B.C. government had to recently acknowledge that it created a medical staffing shortage after placing more than 4,000 healthcare professionals on leave because they chose not to get the COVID jabs.

Health Minister Adrian Dix announced at the end of October that thousands of surgeries have been postponed as a result of placing so many workers on leave all at once.

B.C. healthcare workers who have not disclosed their jab status have until November 15 to get at a first dose or they will be fired.

Anna Isaak was fired from her job in a long-term care home in Abbotsford, B.C. for refusing the COVID jabs.

She said she had no “chance to say goodbye to the residents,” some of whom were COVID patients, whom she said she was “totally exposed to.”

“I loved them. I was a hero back then. Now, I’m the plague criminal,” said Isaak, as reported by The Epoch Times.

According to the B.C. government, there are around 126,000 public health workers in the province.

The British Columbia Nurses Union (BCNU) had earlier advised the government it would have a crisis on its hands if it let go of so many staff at once.

B.C.’s neighboring province of Alberta has mandated that all of its healthcare workers be jabbed by the end of the month or face job termination.

Quebec announced November 3 that it would no longer mandate the COVID jabs for its current healthcare workers already employed within the system.