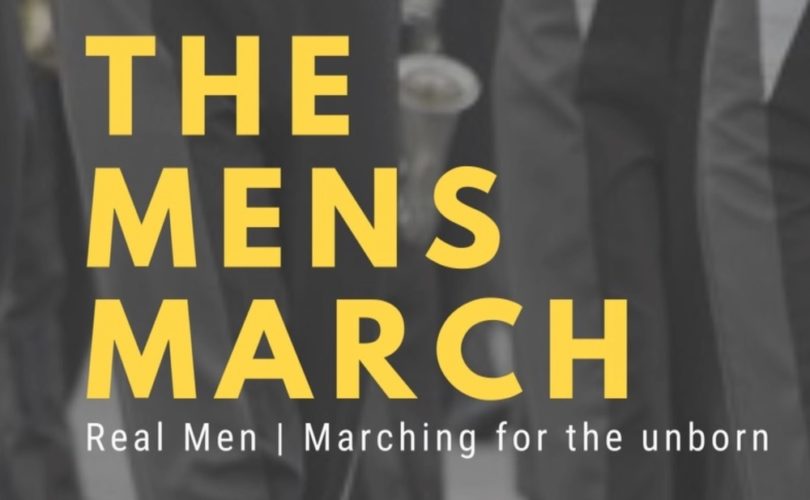 WASHINGTON, D.C., (LifeSiteNews) — Father Stephen Imbarrato and Catholic radio host Jim Havens are organizing the “first ever National Men’s March to defend the least of these and call for the end of the government sanctioned daily mass murder of abortion” on June 12 in Washington, D.C.

Imbarrato himself is a father in five different ways: an adoptive father, post-abortive father, spiritual father as a priest, a grandfather, and now a great-grandfather.

The prominent pro-life priest explained that the Men’s March on June 12 will begin 11:00 a.m. at Washington Surgi-Clinic, (2112 F Street NW, 20037) a late-term abortion facility, for prayer. Washington Surgi-Clinic is located in D.C.’s posh Foggy Bottom neighborhood near George Washington University. The abortionist at that practice, Dr. Cesare Santangelo, was caught on tape in 2013 agreeing to deny medical care to a viable child who survives an abortion. The abortion center has also been the site of recent Red Rose Rescues.

The men will then march five to seven blocks to the White House, where “an apostate Catholic” lives.

“We want to draw attention that we are not going to tolerate the daily mass murder: government protected, government sanctioned, government funded of pre-born children,” emphasized Imbarrato.

Unlike other pro-life marches, this one has a dress code: All men must wear suits and priests are to wear clerics. There will only be one banner and no signage will be allowed.

Imbarrato made it clear that the Men's March will be a statement of manhood, fatherhood, and of what men are called to be. The statement is even more poignant as the men will be marching on the Feast of the Immaculate Heart of the Blessed Virgin Mary (in the post-1962 calendar), in the Year of St. Joseph, and right before Father's Day.

Imbarrato hopes to see regional marches in the fall, also led by men. “This is going to be a spiritual movement … led by men.”

“We've lost the [U.S.] House, we've lost the Senate, and have been putting our hopes in the Supreme Court … we need to find decisive strategies to end pre-born child killing,” the priest told LifeSite. “That is why I really think a national movement of men could lead us to a type of nonviolent, prayerful, peaceful protest that I think we're going to need to get the government to realize that we are not going to accept or tolerate the government-funded, government-protected, government-sanctioned daily mass killing of pre-born children.”