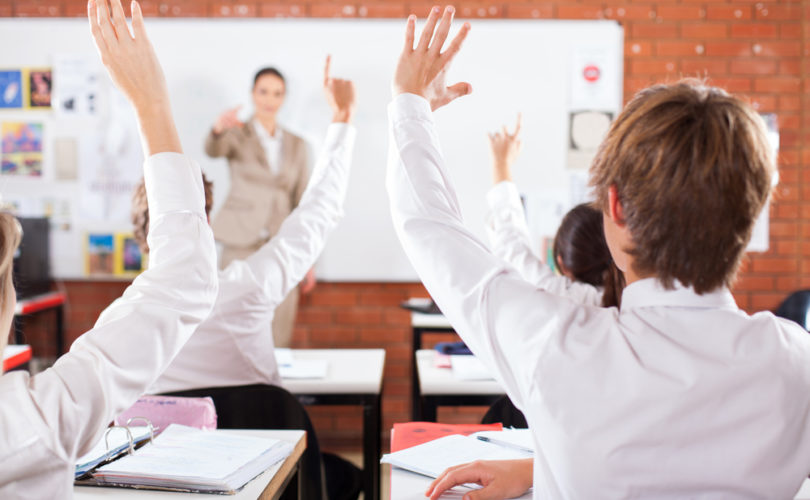 KITTERY POINT, ME, May 1, 2015, (LifeSiteNews.com) – Parents at one Maine school are upset that children as young as six were exposed to a book promoting transgender issues, in the name of “acceptance.”

Parents were not only not consulted, they were never even notified of their children's exposure to transgenderism.

Horace Mitchell Primary School read the book I Am Jazz to first-grade students. The book is about a boy who identifies as a girl from the age of two, “with a boy's body and a girl's brain.” He eventually finds a doctor who tells his parents, “Jazz is transgender.”

Parents began to inquire about what was being taught at Horace Mitchell Primary after children came home with questions about their own sex and wondering if they, too, might be transgender.

One mother, upset that teachers would broach the subject of transgenderism with her little boy, said the primary school ignored her complaint. “I feel like my thoughts, feelings and beliefs were completely ignored…My right as a parent to allow or not allow this discussion with my child was taken from me,” she told Hannity.com.

“When I spoke with the principal he was very cold about it,” the mother continued. “It's amazing how thoughtless the school has been with this whole thing.”

Only after Sean Hannity made national inquiries did Horace Mitchell Primary School suggest that teachers should have told parents ahead of time.

Allyn Hutton, the superintendent of the local district, said she supported reading the book but admitted that parents should have been given advance warning about the subject matter. “We have a practice of – if a topic is considered sensitive – parents should be informed. In this situation, that didn't happen,” she said. “We understand that toleration is tolerating people of all opinions.”

Horace Mitchell Primary School sent an email, after the fact, to concerned parents, including a link to a blog post of the school's guidance counselor, explaining their motivation was “cultivating respect.”

“Some may think primary school students are too young to worry about addressing issues surrounding gay, lesbian, bisexual, transgender and questioning (LGBTQ) students. Not so, experts say,” the school's guidance counselor wrote. “It’s never too early to begin teaching children about respecting differences.”

Homosexual activists say they support the teaching of transgenderism to first-graders, with or without parental notification. “The staff of Mitchell School is…shedding a light on [LGBTQ] issues,” said a column in Gay Star News.

The LGBT puublication goes even further, advocating homosexual propaganda be commonplace in elementary schools across the country. “LGBTQ issues should never be classified as a 'sensitive subject,' [because] there is nothing sensitive about the way we are born. Blonde hair, brown hair, gay, straight or somewhere in-between.”

Brian Camenker of MassResistance commented on the infiltration of homosexual propaganda in children's schools. “We deal with parents and teachers a lot, and the idea that teachers would do this is unconscionable. It's like the people that promote this stuff are evil. It's demonic. You can't imagine adults that would do this to other people's children, and do it with such anger, and such vitrol.”

Camenker emphasized that this is “not an isolated incident with just one, rogue teacher. This happens because the whole administrative hierarchy buys into it.”

“The new generation of educators is very, very frightening,” he said.