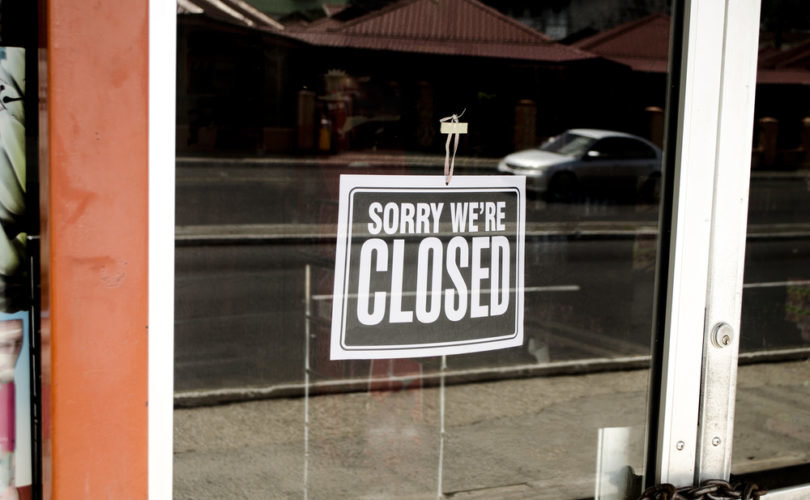 DALLAS, TX, June 23, 2015 (OperationRescue) — Operation Rescue has confirmed that the Routh Street Women’s Clinic in Dallas, Texas, halted abortions earlier this month, beginning what is expected to be a series of clinic closures in the wake of a ruling by the Fifth Circuit Court of Appeals. That ruling upheld a 2013 law, HB2, that requires abortion clinics to meet minimum safety standards.

In addition, Planned Parenthood has apparently abandoned its efforts to open a larger clinic to replace its outdated facility located at 104 Babcock Road in San Antonio. Pro-life supporters with the Stop Planned Parenthood SA Coalition sued and successfully blocked a planned opening in January 2015, citing deception and zoning violations.

According to Cecile Richards, President of Planned Parenthood Federation of America, there are currently no plans to open a new abortion facility in Texas.

Meanwhile, abortion facilities that sued to block implementation of HB2 have made an emergency appeal to the U.S. Supreme Court, seeking to block the July 1 deadline for full compliance with the law. Word is expected any time on whether the nation’s highest court will take that case on appeal.

Currently, there are 16 abortion facilities left open in Texas. Half of those are licensed as Ambulatory Surgical Centers and are expected to stay open.

One abortion facility, Whole Women’s Health in the Rio Grande Valley community of McAllen, was given conditional permission by the Fifth Circuit to stay open even though it cannot comply with new safety regulations. However, a spokesperson for Whole Women’s Health indicated that the clinic’s future is uncertain since they may not be able to find abortionists to adequately staff it.

In addition to the closure of the Routh Street Women’s Clinic, at least six other Texas abortion facilities that are expected to shut down, barring last-minute help from the U. S. Supreme Court, include:

One of the abortion clinics’ arguments is that closing these facilities will create a hardship on women because that will leave only major metropolitan areas with abortion clinics. However, all the expected closures are in major cities that have abortion clinics that will stay open, with the exception of El Paso where there is an abortion facility in Santa Teresa, New Mexico, just across state lines within a stone’s throw from El Paso.

“What will happen when the six or seven additional abortion clinics close? Lives will be saved and women will be protected from exploitation by substandard abortion mills,” said Troy Newman, President of Operation Rescue.

Operation Rescue has worked to expose abortion abuses in Texas.

In Texas, a 2011 Operation Rescue investigation documented violations at Whole Women’s Health in Austin and McAllen involving the illegal dumping of recognizable aborted baby remains in a public dumpster. The two abortion centers were heavily fined as a result.

Molson, 62, admitted that he was not routinely present for post-abortion follow-up visits, which were done by unqualified medical assistants, who also improperly handed out prescriptions for birth control pills that were pre-signed by Molson.

Hanson, 74, admitted that he saw patients for the first time on the day of the abortion and failed take complete medical histories or conduct proper physical exams. He also admitted to inadequately monitoring vital signs during abortions.

In addition, Operation Rescue filed complaints against Houston abortionist Douglas Karpen, based on information and photos provided by former clinic workers, alleging that late-term babies that were born alive were killed by twisting their heads until their necks broke. While a grand jury failed to indict him, Karpen has been unable to secure required hospital privileges and can no longer legally do abortions in Texas.

“When people voice concerns about abortion clinic closures, it is usually because they do not know the truth about abuses that occur in abortion facilities every day that endanger women and needlessly take the lives of innocent babies,” said Newman. “Shutting down an abortion clinic is one of the best things that can happen to a community.”