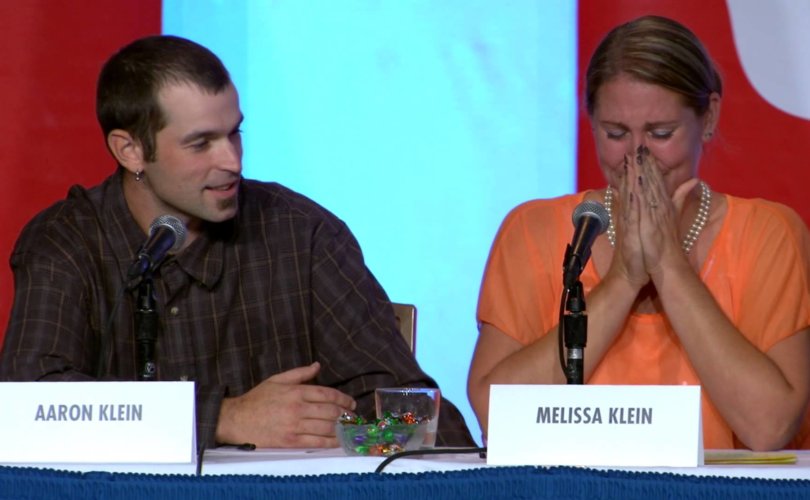 Aaron and Melissa Klein were fined $135,000 for refusing to bake a gay ‘wedding’ cake

July 11, 2016 (Breakpoint) — In 2007, Iowa enacted a law prohibiting discrimination on the basis of sexual orientation or gender identity. The law applies to what are known as “public accommodations.”

But recently, the Iowa Civil Rights Commission added something atypical to that list: church services.

In its “Provider’s Guide,” the Commission offered an answer to the question, “Does this law apply to churches?” with a resounding “Sometimes.” What follows is troubling: “Iowa law provides that these protections do not apply to religious institutions with respect to any religion-based qualifications when such qualifications are related to a bona fide religious purpose.”

I say troubling because implied in that statement is that the state gets to determine what is and what is not a bona fide religious purpose.

And what follows that goes from troubling to outrageous: “Where qualifications are not related to a bona fide religious purpose, churches are still subject to the law’s provisions: For example, a child care facility operated at a church or a church service open to the public.” Which, as the Alliance Defending Freedom rightly pointed out, “encompasses most events that churches hold.”

If the Commission interpretation stands, then churches — at any service open to the public — would be prohibited from doing or saying anything that would “‘directly or indirectly’ make ‘persons of any particular . . . gender identity’ feel ‘unwelcome’ in conjunction with church services, events, and other religious activities.”

Given the almost limitless capacity for people to take offense or feel “unwelcome,” this would effectively ban sermons or other religious instruction about traditional Christian sexual ethics. This is what the Supreme Court famously dubbed a “chilling effect” on the freedom of religion and of speech.

Now if you’re wondering “how is this even legal?” you’re not alone. Paul Gowder, who teaches constitutional law at the University of Iowa, told the Des Moines Register that any attempt to regulate the content of sermons is “blatantly unconstitutional” and “absurd on its face.”

That’s why the Alliance Defending Freedom (ADF), representing two Iowa churches, has filed what is known as a “pre-enforcement challenge,” which challenges the constitutionality of the measure before it even takes effect.

Let’s hope and pray that the ADF prevails. But even if they do, it’s a sobering reminder of three things.

First, this didn’t happen at the Supreme Court or in left-leaning Washington State: it happened in the heartland, in Iowa. Religious freedom is in a precarious condition.

Finally, it brings to mind Martin Niemöller’s famous line about failing to stand for others until there was no one left to stand up for him. Too many pastors failed to stand up for the freedoms of people in the pew because, well, they weren’t bakers or photographers or florists. And the pastors assumed they were safe. Clearly they aren’t.

The unprecedented attempt to regulate religious speech in Iowa shows the lengths to which enemies of religious freedom are prepared to go, proving it was never about cakes or photos in the first place.