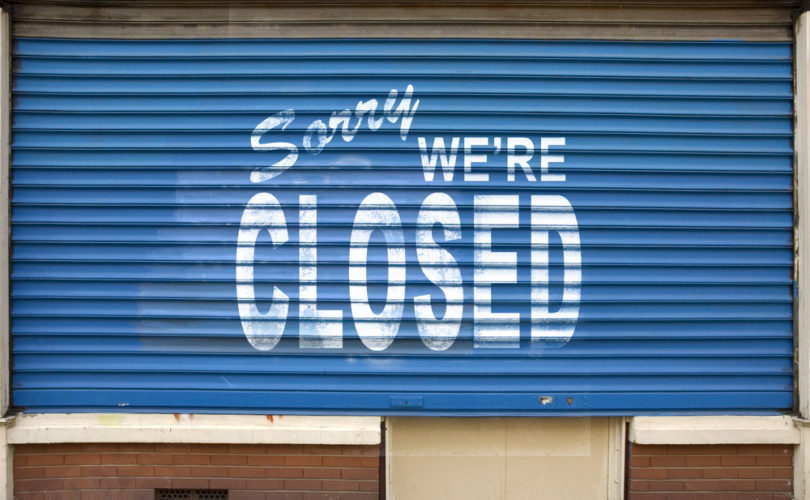 Washington, DC, November 4, 2015 (OperationRescue) – Abortion clinic closures are picking up again with five abortion facilities shutting down in the past five weeks.

Troy Newman, President of Operation Rescue predicts that there will be a noticeable impact due to these closures.

“When abortion numbers come out for 2015, we expect that abortions will have decreased in each state where abortion clinics have closed,” said Newman. “When there is no abortion business marketing their grisly product to vulnerable women, we have found that ladies find other ways of managing life challenges other than taking the lives of their babies. In other words, when abortion clinics close, lives are saved.”

Between September 28 and October 29, 2015, the following abortion facilities have ceased operations:

The Ocala Women’s Center was owned by James Scott Pendergraft IV, who was arrested in South Carolina on October 5 on drug violations and for providing illegal abortions out of his vehicle. Sheriff’s deputies discovered him in possession of filthy abortion instruments caked in blood and tissue during a routine traffic stop. Local activists found the Ocala clinic closed and placed up for sale soon after.

Pendergraft has been desperate for money since he was hit with a nearly $37 million malpractice judgement in 2011 and over $120,000 in fines and costs related to disciplinary action against his medical license. He is currently serving his fifth license suspension in Florida and holds no active license in any state.

The Albany Medical-Surgical Center was owned and operated by the Family Planning Associates abortion clinic chain. It shut down on October 18 and has vacated its building.

The Pro-Life Action League documented numerous abortion abuses at Albany over the years, including the deaths of four patients and most recently, repeated health and safety violations that resulted in $50,000 in fines, which likely contributed to its closure.

Planned Parenthood’s Appleton Health Center has halted abortion services as of October 14, citing a “temporary gap in medical coverage.” It is not expected to resume abortions for at least six months, depending on when it can hire a new abortionist that is willing to work at the Appleton facility.

Planned Parenthood in Appleton was one of two abortion facilities that sued to block a 2013 law that would have required abortionists to maintain hospital privileges within 30 miles of their abortion clinics. That case is currently on appeal by Wisconsin Attorney General Brad Schimel and awaiting a decision from the U.S. 7th Circuit Court of Appeals in Chicago. If the appeal is successful, the Appleton Center may never be able to resume abortions.

This abortion facility, open since 1975, has experienced a plethora of troubles over the years, including botched abortions, malpractice suits, and abortionist discipline.

In August, 2015, Summit abortionist Jonathan Foster was reprimanded and fined $5,000 by the Connecticut Medical Examiners Board for a botched procedure on a pregnant woman in 2011.

After killing an estimated 150,000 babies through abortion over their 40 years of operation, Summit thankfully closed for good on October 5, 2015.

The troubled Amethyst Health Center announced its closure as of September 28, 2015. When inspected in June and December of 2012, inspectors discovered 48 pages of violations including multiple violations of infection prevention protocols including dirty facility conditions, soiled linens and recovery recliners, and the failure of staff to change gloves between patients. The second inspection report revealed that infection control issues discovered during the June inspection still had not been corrected six months later.

No reason was stated for its closure.

The current number of surgical abortion clinics in the U.S. is currently 552. Visit AbortionDocs.org for a searchable database of U.S. abortion facilities and documentation of abortion abuses.