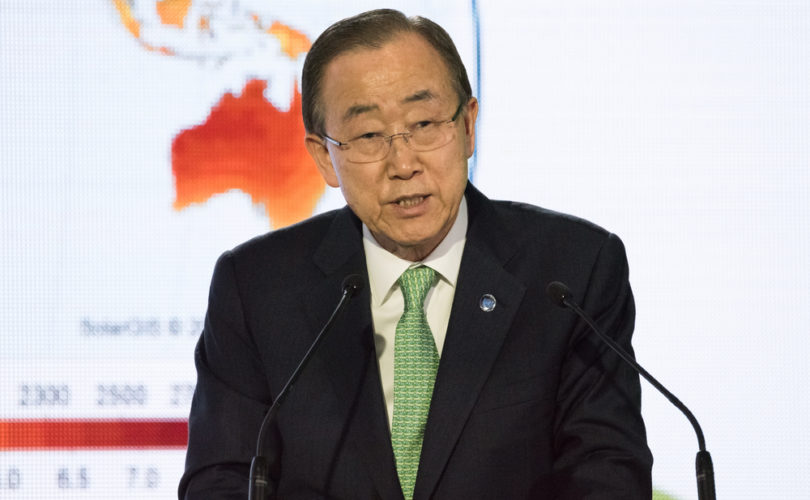 The new UN Sustainable Development Goals were an overall loss for abortion groups that spent billions of dollars trying to get an international right to abortion over the past two decades. Nonetheless, UN bureaucrats will find ways to promote such a right even without a mandate to do so and the fight is already unfolding in what are called the “statistical indicators” of the new goals.

What this shows is that pro-life and pro-family delegations can win the debate but tend to lose when the implementation is turned over to the uniformly leftist bureaucrats.

A UN treaty monitoring body decided they had to define who was included in the “right to life” that appears in various UN human rights treaties. After months of “deliberations” the group of unaccountable experts decided to codify that the unborn child is not included in the definition of the right to life, despite strong opposition from pro-life groups. Their legal opinions are not binding and cannot be used to impose any obligations on countries.

3. The Sustainable Development Goals Fail to Mention the Natural Family

Perhaps the only area where the pro-life and pro-family cause lost ground in the new UN development goals is language on the family. No major UN agreement involving social policy has failed to include a substantive mention of the family beginning with the Universal Declaration of Human Right, which refers to the family as the “natural and fundamental group unit of society.”

The new UN goals are a first. Despite the best efforts of pro-family groups from around the world, EU diplomats were able to have this understanding excluded. The only silver lining is that the agreement does distinguish between “the household” and “the family,” implying that not all households (i.e. same-sex) need be recognized internationally as equivalent to “the family.” Moreover, the agreement gives a blanket endorsement to the Universal Declaration of Human Rights, therefore continuing to uphold, at least implicitly, the natural family. Few countries at the UN are willing to give same-sex living arrangements international recognition as families. And that is not likely to change anytime soon.

4. 12 UN Agencies Declare War on the Family With Statement on LGBT

The UN bureaucracy has been promoting homosexual rights for over a decade, mostly in invisible ways, in policies and position papers no one actually reads.

But now they are being synchronized to speak openly on homosexual rights. In September, 12 agencies, oddly including the World Food Program and the UN Children’s Fund issued a joint statement of intent promising to promote homosexual rights even though there is no agreement in the General Assembly, and there is no applicable international law on the subject. Not only that, they promise to do so regardless of the consequences to world security, and the tension it introduces in the international community.