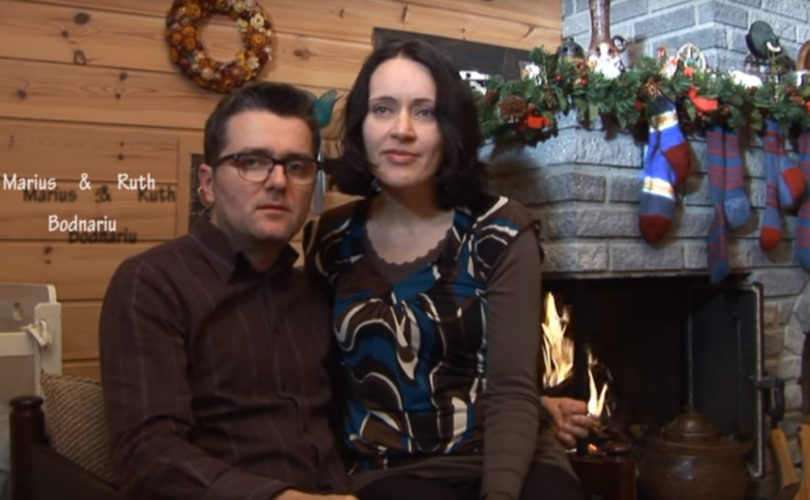 January 6, 2016 (LifeSiteNews) – Norway’s Barnevernet, or child welfare service, has begun the process of adopting out the five Bodnariu children it seized from their Pentecostal parents Marius and Ruth in November, according to the children’s uncle, Daniel Bodnariu.

Bodnariu told LifeSiteNews that Barnevernet intends to adopt out the children, who range in age from nine years to four months, but that the agency must first “take away the parents’ rights” in a “fylkesnemdna,” or county council hearing, the date of which has not been set.

He stated that Marius and Ruth’s lawyer plans to challenge Barnevernet’s decision in Norway’s Superior Court, but that no trial date has been set.

Meanwhile, international protest on behalf of the beleaguered family is building via Facebook. Demonstrations at the Norwegian embassies are planned in 24 countries so far, including Russia, Poland, India, Slovakia, Denmark, Ireland, Romania, as well as in the USA and Canada, where rallies are scheduled in Washington DC on January 8, 2015, and in Ottawa on January 9.

As well as street protests, a petition organized by Pastor Christian Ionescu of Chicago’s Elim Romanian Pentecostal Church has been signed by 48,683 to date.

The Naustdal regional Barnevernet seized the Bodnariu children, whose father Marius is a Romanian citizen and IT engineer working in Norway, and whose mother Ruth is Norwegian, on November 16 and 17, according to Daniel Bodnariu’s reports, posted online by Ionescu.

According to that account, the principal of the school attended by the two oldest children, Eliana, 9, and Naomi, 7, called Barnevernet and reported the girls told her they were being disciplined at home.

She also mentioned that the parents are “very Christian” and that “the grandmother has a strong faith that God punishes sin, which, in the Principal’s opinion, creates a disability in children,” Bodnariu reported.

According to the Christian Post, the principal wanted counseling for the girls, but Barnevernet took custody of all five children, including the infant Ezekiel, on grounds that they were being physically abused.

Daniel Bodnariu attests that the agency found no evidence of any kind of abuse and that Barnevernet officials relied on the stories of the two eldest girls, who reported that their parents slapped them occasionally, which he described in the Post as “light punishments.”

It is illegal in Norway to slap or physically punish a child.

The children were placed in three different foster homes, the Post reports. The parents can visit their infant son, whom Ruth was nursing when he was seized, only twice a week, and their two sons Matthew, 5, and John, 2, once a week. They are forbidden to see their daughters.

Daniel Bodnariu told LifeSiteNews in an email that Barnevernet plans to do a psychological evaluation of his brother and sister-in-law in February.

Several sources report that Norway’s Barnevernet is notorious for seizing children on the slimmest of pretexts, frequently from families where both or one of the parents is non-Norwegian.

According to the London-based Christian Today, in May 2015, an estimated 3,000 children from immigrant families were in Norwegian state custody.

It cited as notable examples of Barnevernet practices its infamous 2012 seizure of two children from Indian couple Anurup and Sagorika Bhattacharya, which the Indian government fiercely protested, as well as an April 2015 seizure of a two-and-a-half month old daughter of a Slovakian father and deaf Norwegian mother, for, among other reasons, “lack of eye contact between girl and her parents.”

The Norwegian online magazine NewsinEnglish reported that an estimated forty percent of children in Barnevernet custody are from immigrant families.

One frequent cause for Barnevernet taking children from their parents is the Norwegian prohibition against physical punishment of children, it noted.

The agency has been criticized by India, Sri Lanka, and eastern European countries such as Russia, Latvia, Lithuania, Poland, and Russia for its actions, NewsinEnglish reports, as well as for placing children from immigrant families in Norwegian-speaking homes, which some countries claim violates the UN Convention on the Rights of the Child.

Barnevenet did not respond to several emails from LifeSiteNews.

Elisabeth Johansen, spokesperson for Norway’s Minister of Children and Equality Solveig Horne, told LifeSiteNews in an email that “the government does not have the authority to comment on or intervene in individual cases.”

She noted that “the County Governor at regional level inspects the work of the child welfare services. Additionally, child welfare cases are subject to a strict duty of confidentiality. Only the parties to the case have access to the case documents.”

Pastor Ionsescu told Christian Post that because the Bodnariu family has many members in both Romania and the United States, the case is a good opportunity to bring awareness of the Barnevernet’s “abuse of power.”

“This is an issue that is not going to die down for us,” Ionsescu said, adding that the community is prepared to fight until the Bodnariu children are returned to their parents. “If it takes year, then so be it – we are not going to stop.”

For information on the demonstrations, or to sign the petition, go here and here.