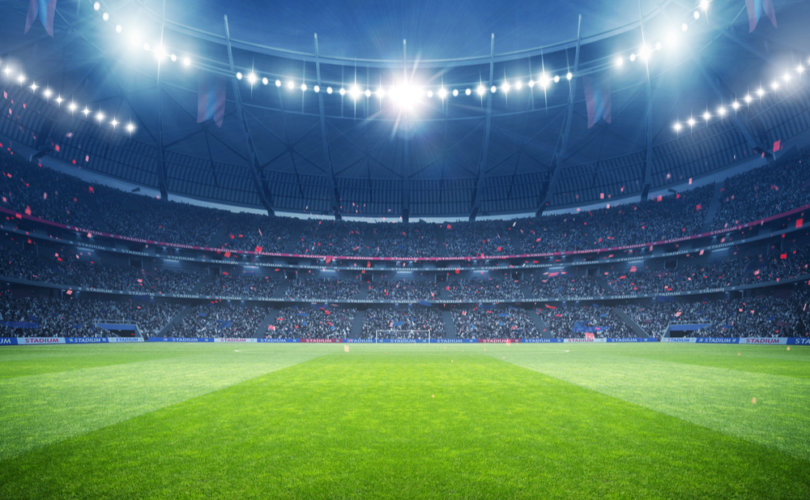 (LifeSiteNews) — Five international soccer stars from different countries were reported to have died after suffering sudden heart attacks just before or after Christmas. The sudden deaths of the international soccer players have added to speculation that the increasing number of deaths or sudden illness in otherwise healthy athletes could potentially be linked to the COVID jabs.

The majority of the deceased soccer players died soon after play.

In November, a former VP with Pfizer, Dr. Michael Yeadon, sounded the alarm at what has become a worldwide spike in young athletes, most of whom have been jabbed, dropping dead or falling ill at unusual rates.

The most recent death was that of Menaldo, who died of a heart attack on January 3 shortly after a training session held at the Marquesa de la Ensenada Stadium in San Marcos, Guatemala.

The defender had complained of having breathing difficulties, according to reports.

Loukar collapsed during a match on December 25. Earlier in the match, he had collided with his goalkeeper, according to Reuters, but resumed play for about 10 minutes until he dropped.

He was pronounced dead at a hospital after suffering a heart attack in the ambulance.

Cacic, who played as a defender, died on December 23 in hospital after days before collapsing during a team training session. He was diagnosed with heart failure and put into a coma before his passing.

Al-Raqadi died on December 22 after collapsing during a pre-game warmup. According to a report in the Oman Observer, Al-Raqadi was taken to a hospital by ambulance but was pronounced dead, the cause being a heart attack.

On December 22 as well, Amin was said to have suffered a sudden cardiac arrest in the team locker room after a training session. The team medical staff were unsuccessful in attempts to revive him. His cause of death was cardiac arrest.

It is unclear if any of the five soccer players had received the COVID jabs, however, most international, and domestic sports teams have mandates in place.

Yeadon said regarding athletes dying or being injured, “These vaccines induce the body to manufacture unregulated amounts of virus spike protein. Not only are the amounts uncontrolled in any way, we also have no idea, in any individual, WHERE in the body this dangerous protein is made.”

“I surmise that all these sports people are being injured & killed by the COVID-19 vaccines. Young people are NOT at risk from this virus & also are poor at passing it on. There is therefore NO REASON why these people have been vaccinated, and it’s pressure from their clubs & leagues that’s made them comply,” added Yeadon.

In mid-December, three soccer players from top European teams were forced to leave games early after having sudden chest pains and breathing problems.

The COVID jabs have been linked to a multitude of negative and often severe side effects, some of which appear to affect young men and their cardiovascular systems in the form of myocarditis.

Indeed, even the U.S. Centers for Disease Control and Prevention (CDC) admitted in June of 2021 that there is a link between myocarditis, an inflammation of heart tissue, and the mRNA-developed COVID jabs. The CDC said that there was a “likely association” between the jab and the onset of myocarditis.

According to the Vaccine Adverse Event Reporting System (VAERS), which is run by the CDC, since December of 2020, there have been nearly 17,000 cases of both myocarditis and the related condition pericarditis (inflammation of the tissue surrounding the heart), only shortly after one has had a COVID jab.

The sudden death or illness in soccer players and their possible link to the COVID jabs has not gone unnoticed by some retired players.

After fully jabbed Manchester United Defender Victor Lindelof was forced to leave a game after complaining of chest pain in mid-December, Trevor Sinclair, and Matt Le Tissier, who are former England soccer professionals, took to social media to voice their concerns.

“Amazing that another footballer comes off complaining about his heart and yet the media refuse to mention even the slightest hint that it just “could” be the thing that can’t be named #lotsofcoincidences,” tweeted Le Tissier on December 11, 2021.

Sinclair was blunter in his assessment. “Nothing to see here,” he tweeted on December 11.