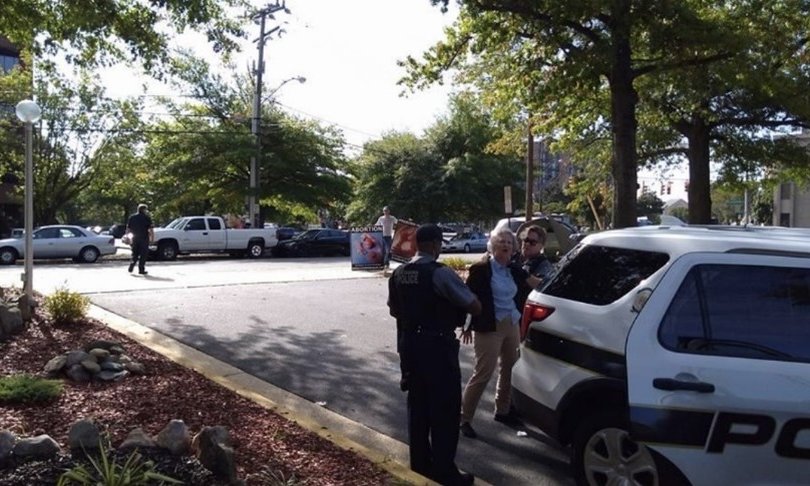 (LifeSiteNews) — Thursday, Sept. 15 marked the five-year anniversary of the first of many courageous Red Rose Rescues to take place across the country, encouraging mothers sitting in abortion clinics to choose life for their unborn babies.

During that time, dozens of rescues have been conducted in numerous states, often resulting in the arrest and imprisonment of the pro-life activists who sacrifice their freedom to become a voice for the voiceless. In a rescue, volunteers join the women waiting for an abortion procedure and offer them a rose as well as information about the truth of abortion and the other options available during a crisis pregnancy.

“I believe it’s the right thing to do, to put a grown-up, parent, mother, person between the knife and the child and say no, put the knife down, stop killing children,” Red Rose rescuer Laura Gies told LifeSiteNews in a phone interview. “No. Don’t do this. So, by putting myself in harm’s way, and being able to take whatever they do, that to me is the right thing to do.”

Gies, who has been involved in pro-life activism for 30 years, has been arrested four times for her participation in Red Rose Rescues. Despite the risk of imprisonment, she shared that “this is so right, especially when you hear that a baby got saved because the sidewalk counselors had time to reach a woman, or you yourself were able to talk to somebody in a waiting room.”

Even when the rescues do end in arrests, Gies said that it is worthwhile because “the arms and the legs of the little ones are being ripped off every day in abortion, and you have this small, united suffering with the children by your own body being picked up and dragged” by police.

Fr. Stephen Imbarrato organized one of the original rescues in 2017. In total, he organized 10 rescues and has been arrested five times. His last rescue and arrest was in May 2020.

“My Red Rose Rescue focus has been in Washington, D.C.,” he told LifeSiteNews. “My focus was always saving babies first but also putting pressure on the Trump administration to sign a personhood presidential executive order. That is what led me to do these rescues in D.C., get arrested in D.C., spend jail time in D.C., because it brought attention to the preborn’s need to have their personhood recognized.”

Having since retired in Florida, Fr. Imbarrato remains active in the mission of Red Rose Rescue as well as advocating for greater protection for the unborn on a federal level.

“This is the worst constitutional crisis we’ve had in our history,” the priest added.

Red Rose Rescue began in April 2015 when a group of dedicated pro-lifers gathered in St. Louis to discuss the potential of reviving rescues at abortion clinics, which had been an active movement throughout the 1970s into the 1990s.

“I always felt that rescue should be part of our pro-life efforts,” Monica Migliorino Miller told LifeSiteNews in a phone interview.

However, because rescues used to include blocking the entrances to abortion clinics, there was potential to be charged with a felony, leading to the rescue movement of the late 1900s to lessen over time. The St. Louis meeting participants decided on the approach of “bring[ing] sidewalk counseling into the waiting room,” Migliorino Miller said. They determined it would be best received if the rescuers were to “cap the number of people going in at six” and to “try to be as quiet and unobtrusive as possible.”

A second meeting followed in Chicago a few months later, where the name Red Rose Rescue was chosen, after the decision to give mothers roses as a “sign of love” and a “sign of peace.” Recruitment and planning followed, leading to the first rescues on September 15, 2017.

According to Migliorino Miller, the group plans to continue rescues. For the time being, she explained that there are multiple pending trials and upcoming sentences from past rescues. Fr. Fidelis Moscinski, William Goodman, and Matthew Connolly are currently in prison for a rescue that they conducted last November.

However, Migliorino Miller told LifeSiteNews that they are recruiting new rescuers, especially young people, and hope to have more rescues organized within the next six months.

Fr. Imbarrato also shared that he is considering conducting rescues even in his retirement.